Water carves the earth;
Sends the residue downstream and into the sea.
Sun, winds push the waves.

The ocean, heated, torments the skies;
Cycles its fury back to the land.
Carving anew.

Surrender at Tunnel Brook is a participatory performance where individuals will engage in the futile attempt of rerouting the flow of a brook at White Mountain National Forest to conditions prior to the natural disturbance caused by Tropical Storm Irene in 2011.

Participants will also create a ritualistic installation lining up 100 white flags amid boulders along the path where a man-made road ran prior to it being washed away by Irene.   Placed sequentially, the flags will recall the traditional process of charting the path of a hurricane as points on a map.

White Mountain National Forest hydrologist Sheela Johnson will join artist-in-residence Xavier Cortada in addressing the audience, explaining the forest’s watersheds, the storm event and why the forest has decided not to rebuild the portion of the road washed away by Irene. 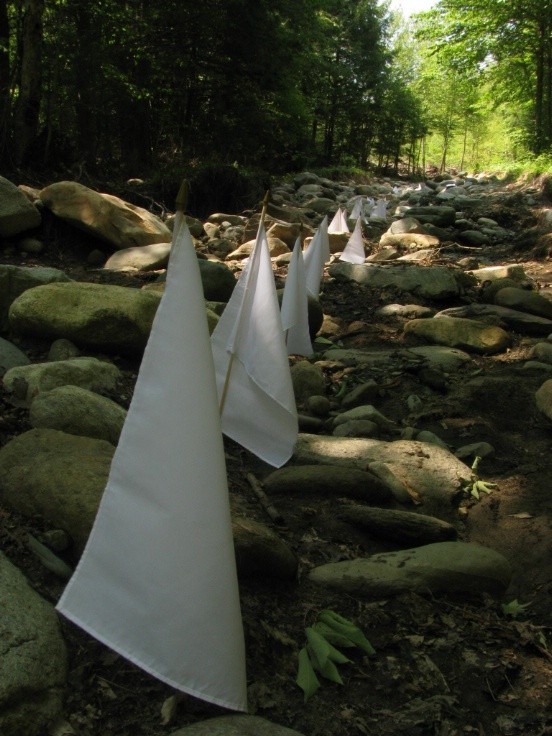 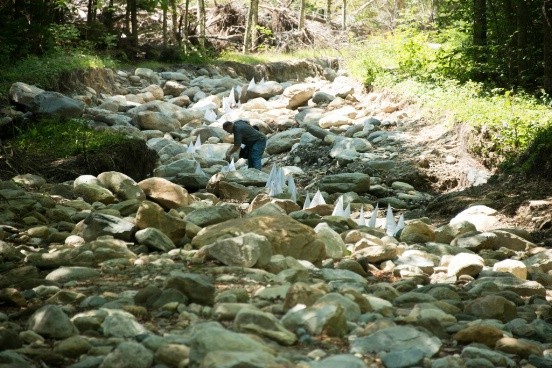 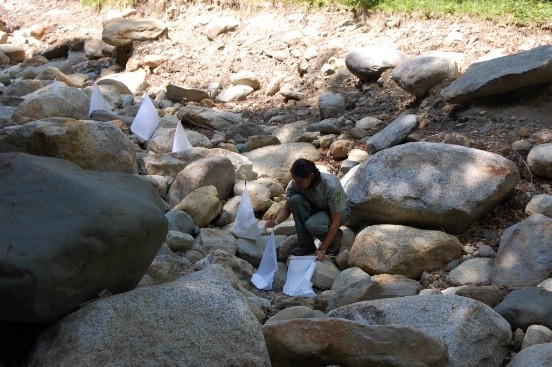 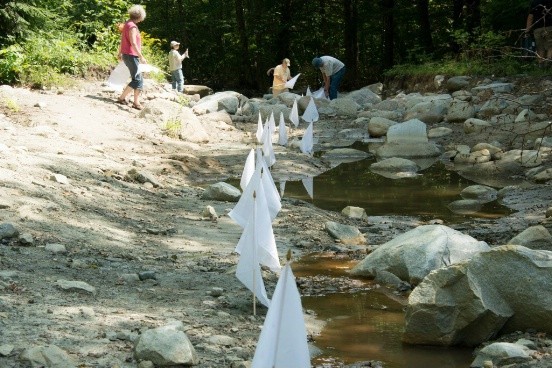 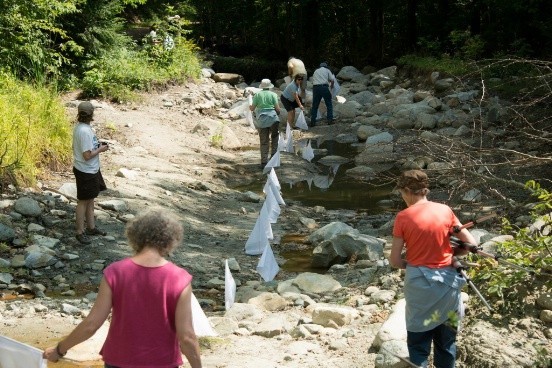 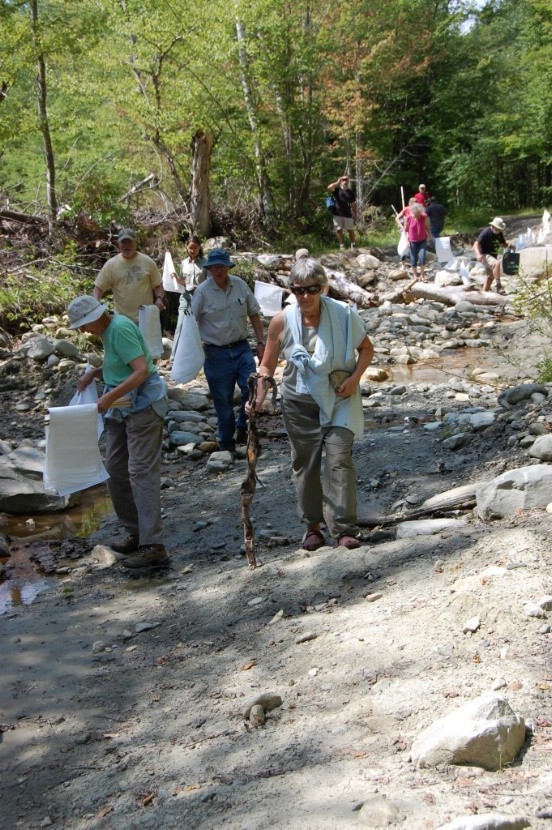 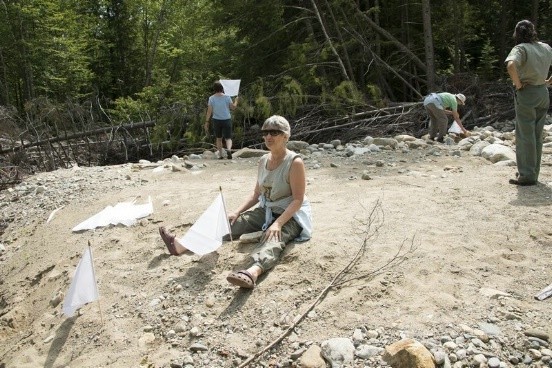 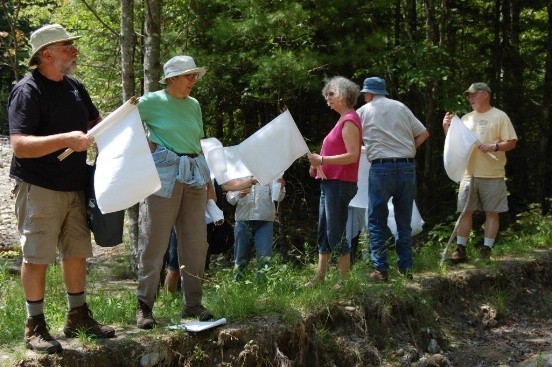 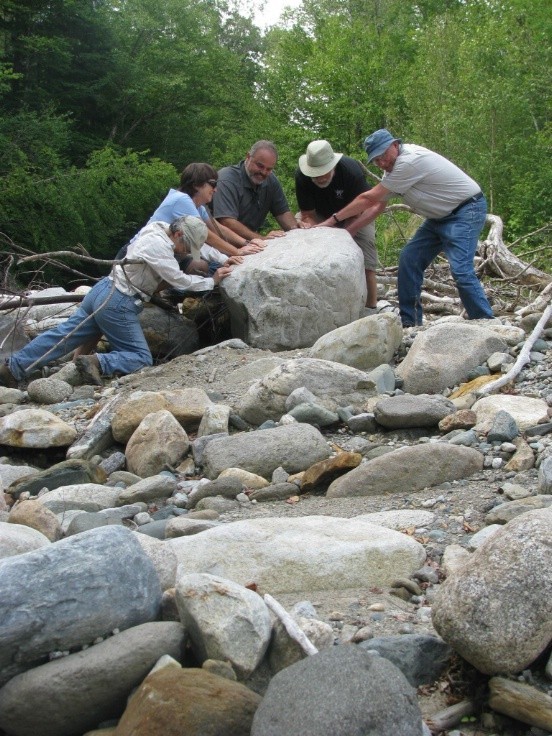 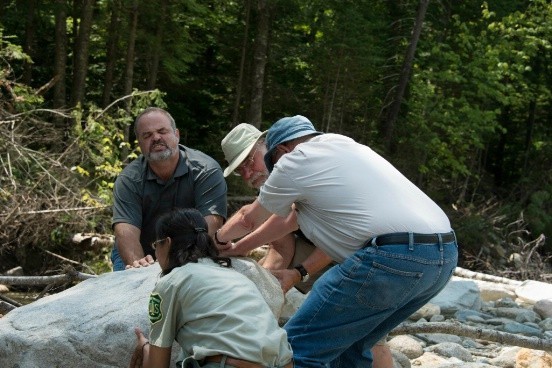 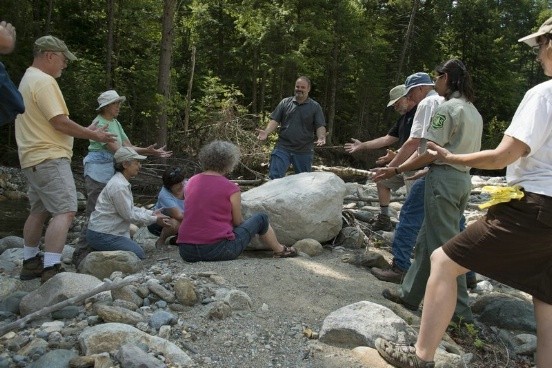 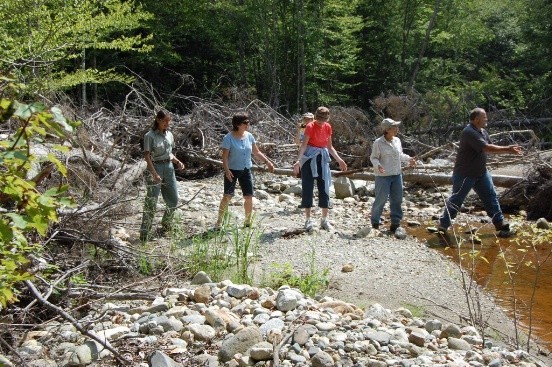 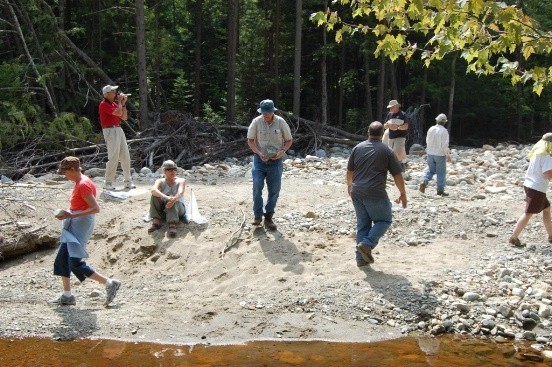 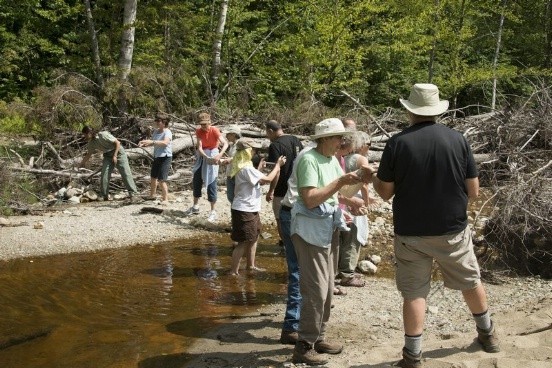 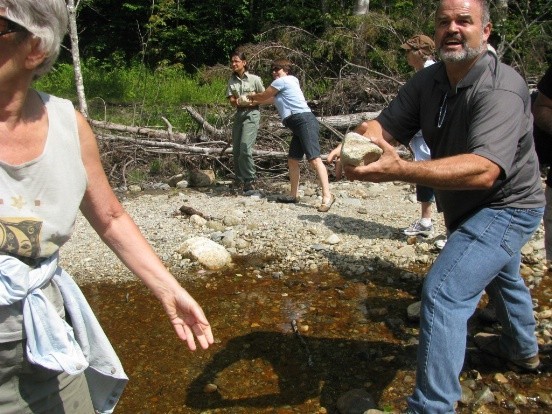 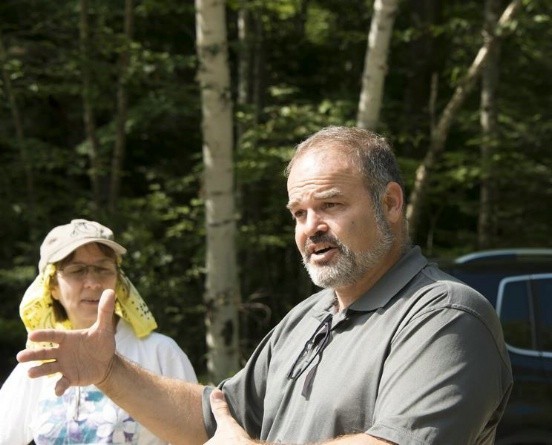 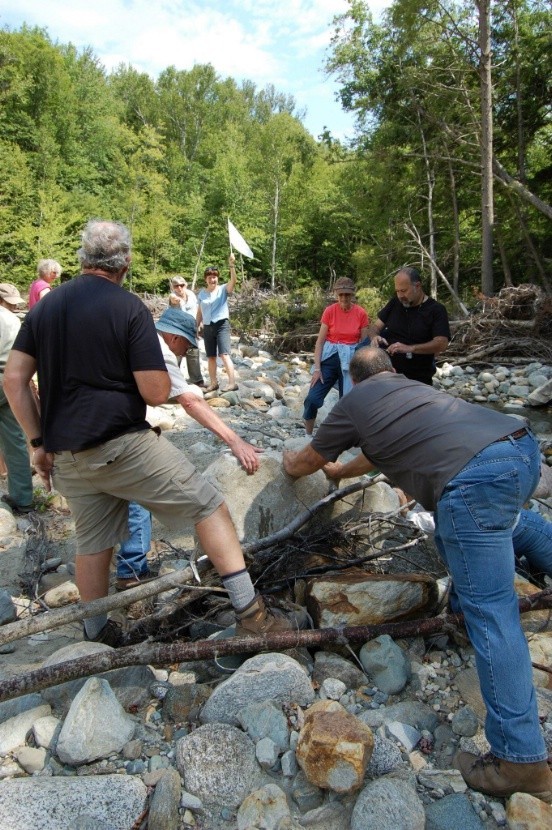 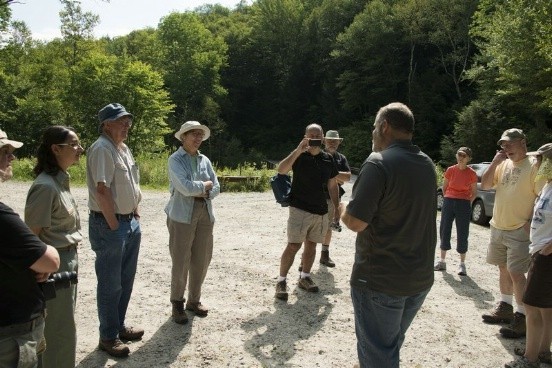 Artist Xavier Cortada and composer Juan Carlos Espinosa are currently serving as Artists-in-Residence at White Mountain National Forest.   The residency is presented in collaboration with the Arts Alliance of Northern New Hampshire (www.aannh.org).

They have worked together on numerous projects over the last few years, most of them have been related to their shared environmental concerns. Their eco-art practice is defined by interdisciplinary collaboration and participatory practices that involve artists, scientists, communities with the goal of public awareness and bioremediation.

During July 2012, the artists will work with White Mountain National Forest foresters, scientists and trail builders and the local community to develop ideas for their work. Inspired by and responding to the forest, the artists will create site-specific works and temporary installations.