(Re)dedication of the “Commemorating 100 years of Juvenile Justice” mural 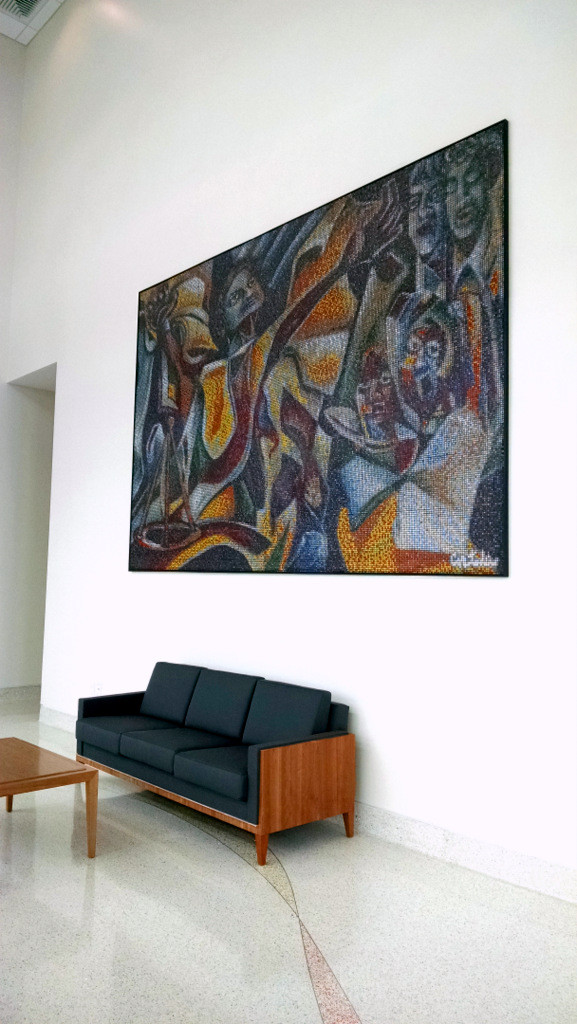 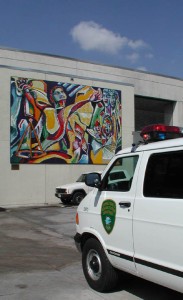 This is a replica of the glass mosaic mural that hung at the façade of the old Juvenile Justice Center at 3300 NW 27th Avenue.

It was unveiled by judges –including members of the Florida Supreme Court—practitioners, children and families on December 10, 1999 to commemorate of the centennial of America’s juvenile courts.

In creating the work, Cortada visited and engaged children in Miami-Dade’s dependency programs and in every one of its residential delinquency programs. Their words, poems, drawings and images were collaged into a 15-foot long canvas mural that hung in the courtrooms’ waiting area.

The central image from that canvas work was then used to produce the 24 foot long glass mosaic mural on the exterior of the building.

“I went to every single detention center in Miami and asked these kids about how they got there,” recalls Cortada. “I wanted their words to be the face that would define the very building. 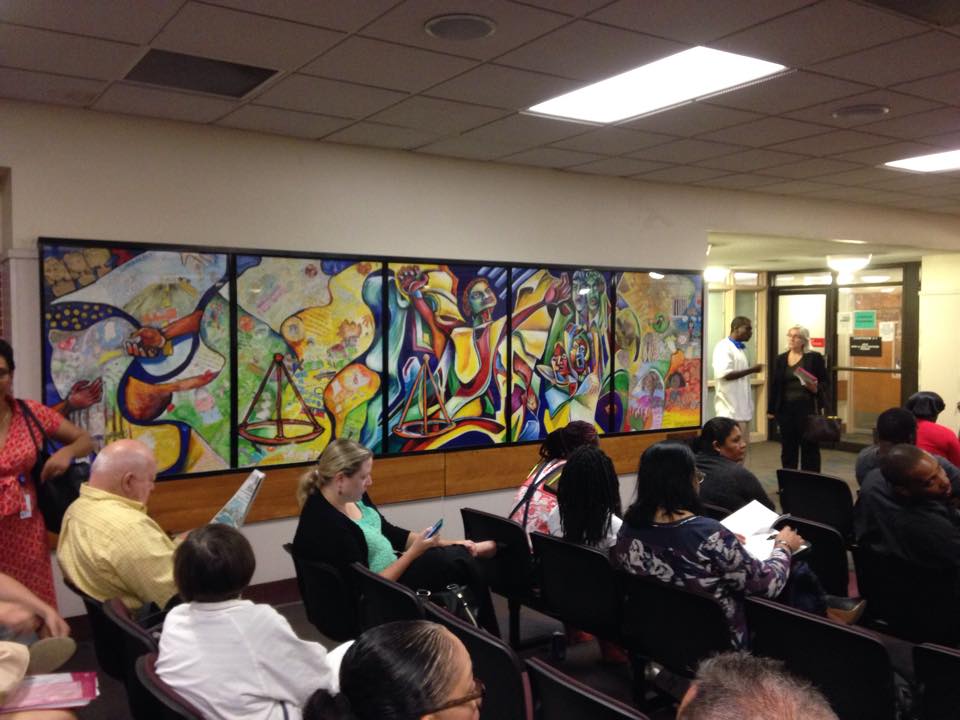 Original work on canvas hung at at the old courthouse waiting area from 1999 until it was moved to the 7th floor lobby (outside the courtrooms) of the new Miami-Dade Children’s Courthouse in 2015.

Xavier Cortada worked with children in Miami-Dade’s juvenile legal system to create this telling, heart-rending art piece to commemorate of the centennial of America’s juvenile courts and to give voice to the children it serves.

For months, Cortada visited detention centers and foster care homes where he learned first hand from kids what messages they would give to others passing through the intimidating halls of the Juvenile Court.

The artist encouraged close to 500 kids to create drawings and original hand-written messages that were integrated into the work. “The mural is their way of anonymously helping other delinquent youth who are about to follow in their foot steps,” Cortada said. “It is their way of re-connecting with their community, and showing they care.”

On December 10, 1999, this canvas mural was unveiled at the Juvenile Justice Center, along with its 16’ x 24’ glass mosaic replica on the building’s façade. These canvas panels were permanently displayed in the waiting area of the center’s Juvenile Court, until they were moved here to the Miami-Dade Children’s Courthouse.

“I kept my promise to the children,” said Cortada “Their voices would be heard in a permanent and meaningful way.”