Miami is not a place 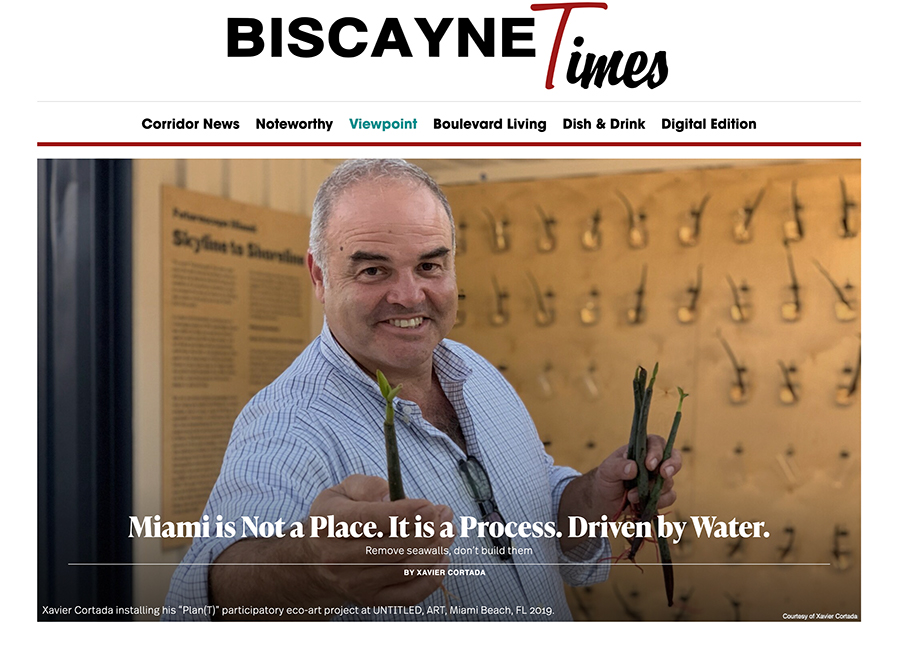 Our peninsula is defined by water. Water literally shapes its coastal edges. The natural flow of freshwater also shapes its very surface, helping protect it from ecosystem collapse, sea-level rise and saltwater intrusion. Think of it like a dry sponge versus one that is soaked. It is difficult to imagine land as a process, but it is. Hurricanes erode shorelines. Rainfall grows rivers and wetlands. Rising seas erase low-lying lands. Freshwater flow into our aquifer slows saltwater intrusion. Miami is not a place, it is a process.

A recent resolution adopted unanimously by the Miami City Commission allows us to better understand that natural process. In it, the city commits to advocating for restoring the natural water flow of clean freshwater to the Everglades from Lake Okeechobee (the nutrients and pollutants would be removed through bioremediation at the base of the lake). The effort connects the future of the Everglades to the future of every Miami citizen who needs both clean drinking water and a clean Biscayne Bay.

It is important to note that the flow is restored not by adding more concrete, but by simply undoing the damage done by the Army Corps of Engineers decades earlier. As we explore ways of saving our bay, it doesn’t make sense to do to the bay what we did to the Everglades. We don’t need to add anything to the water. Biscayne Bay doesn’t need us to add any extra nitrogen, phosphorus or pollutants. It certainly doesn’t need us to add a wall of concrete or a berm.

What we need to be doing to the bay is what we are doing in the Everglades: Removing the concrete. We need to remove seawalls, buy up coastal land and build living shorelines on them. Alternatively, we can build concrete walls on the actual coastal properties that cannot be physically converted into living shorelines (e.g., skyscrapers and condos). It’s the only way; building a wall or a berm on the bay itself will only wreak havoc, bringing ecosystem collapse to a body of water already gasping for its last breath. (Remember the impact of the Port of Miami deep-water dredging on the rest of Biscayne Bay?) It’s not just that the bay is sacred … it is sick and dying. If it goes, if we turn it into green pea soup, then everything else goes! Say goodbye to present-day tourism, property values, jobs, health and quality of life.

Let’s not do what we’ve always done. We need to make tough decisions, real sacrifices if we are going to meet the real needs of a future with rising seas. It’s not about saving views, it’s about saving the bay, and saving our ecosystems and the services they provide to our economy and society. Too often, comprehensive solutions for all fall victim to the short-term instant gratification needs of the powerful few.

Willfully, we’ve drained the Everglades, dredged beaches, paved roads and planted monocultures where there was once wilderness.

We’ve redistributed waterways, poisoned rivers and infiltrated aquifers with saltwater. The state, its counties and their cities, along with the private developers who sought their approval and/or subsidies, have been complicit in changing Florida from what was to what is, with no analysis of what will become.

Making our water drinkable, swimmable and fishable for all involves more than just restoring the flow of freshwater to the Everglades. It involves adopting and enforcing regulations that will reverse existing environmental degradation processes. Agriculture, government, business and residents need to stop poisoning waterways that flow to our bay. It is certainly about the runoff of fertilizers, chemicals and pollutants, but it is also about connecting septic tanks and fixing broken pipes that spew sewage into our waters.

As a society, we are investing billions in Everglades restoration, because we understand we are allowing nature to fix itself from the “improvements” brought about by the Corps. We know there are no adverse consequences in that calculus. I celebrate our city for moving in that direction.

Today, however, our community is looking at investing $2 billion from all taxpayers countywide to provide 35% of the costs so that the Corps of Engineers can build a $6 billion wall of concrete on our bay.

This project will risk damaging our bay today (and forever) in order to protect residents living on a portion of our coastline from the storm surge that would be caused by a direct hit from a future hurricane. It will do so ignoring the fact that over time sea-level rise will impact residents (and property values) of low-lying areas (e.g., Hialeah, West Kendall and South Dade) more significantly than those more able to adapt (e.g., Miami Beach, Miami Shores, Brickell and Coconut Grove).

The community needs to have a better understanding before making a decision. We need to learn together and work together toward a more comprehensive approach, one that:

· Understands that building anything on the bay is a nonstarter. We cannot risk killing our bay.

· Possesses an equitable solution for all our communities, as we plan for a future with rising seas.

· Acknowledges that the water will rise and will not recede.

· Accepts that Miami is not a place but a process. A process driven by water.