An in-depth discussion about immigration and ‘Dreamers’ highlights symposium 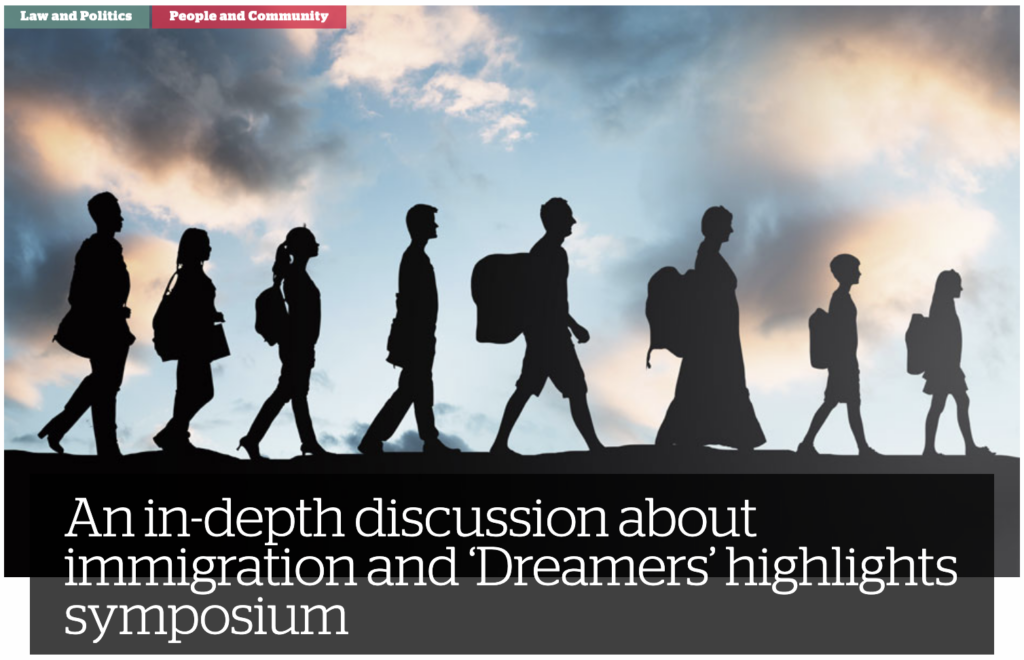 The University of Miami Institute for Advanced Study of the Americas hosted an online seminar Wednesday to address immigration in the age of deportation.

For Cesia Bulnes, who was born in Honduras and moved to the United States at a young age, some of her childhood memories include constantly moving to different states in an effort for her parents to be able to find work.

“When I was a little girl, I think I attended around nine elementary schools. We lived in so many places around the U.S. because my dad, who was here illegally, was constantly trying to look for new jobs that would pay him under the table. It was a really difficult time,” she recalled.

Bulnes is one of the hundreds of thousands of children who are considered “Dreamers”—part of the group affected by the DREAM Act (Development, Relief, and Education for Alien Minors Act) which was a bill that was never passed that would have granted legal status to undocumented immigrants who came to the U.S. as children. She, along with others, shared their stories and experiences about living in the U.S. as a Dreamer during a virtual panel that was part of a symposium hosted by the University of Miami Institute for Advanced Study of the Americas, which assembled thought leaders around the pressing issues of immigration.

Xavier Cortada, professor of practice, moderated the panel. Daniela Tintín Peña, who also immigrated to the United States from Ecuador at age three, expressed her gratitude for her parents who sacrificed everything for a bright future.

“They came here to give me a better life and better opportunities, and even if it meant putting their life on the back burner, I’ll never be able to repay them or thank them enough. I’m truly blessed,” she said.

Both Bulnes and Peña are success stories. Bulnes graduated from New World School of the Arts and earned a full-tuition scholarship to Florida International University. She is now employed by Microsoft, where she holds a position as a program manager. Peña is a senior pursuing a Bachelor of Arts in Economics and a minor in computer science at Hunter College. She is pursuing a career in product management post-graduation and will be (virtually) spending the summer as a products and innovation intern at Mastercard.

The seminar opened and closed with remarks by Felicia M. Knaul, director of the institute, where she shared her appreciation for everyone who participated in the event.

“This symposium has been an incredible series of pieces of work culminating in the testimonies of Cesia and Daniela, whom I thank so much for sharing. As the daughter of a refugee migrant who wasn’t accepted in many countries, I know a little bit of some of the aftershocks and how they spread through generations. So, my heart goes out to them and their parents for all that they have done to make their family a strong and wonderful one. We are so pleased and honored to have you as part of our world,” said Knaul.

Given the current circumstances of the global pandemic, Portes also addressed  how COVID-19 has impacted immigration throughout the world.

“Just as COVID-19 has inflicted and shocked the economies of all countries, it has also led to a completely altered map of immigration worldwide,” he explained. “As many large companies have been driven to the point of bankruptcy, the forces that normally drive the various forms of international migration have also become nearly immobilized.”

During the panel moderated by Cortada, both Bulnes and Peña spoke about the obstacles they faced as Dreamers during the health crisis.

“Both of my parents are gig workers, so when the pandemic started, it was really scary because there’s no stimulus provided for us,” said Peña. “It is also not an option for my dad to work from home, so it’s really frightening to think that he could get exposed to the virus.”

Bulnes explained the anxieties she has experienced throughout this pandemic.

“Both my parents and I are immunocompromised. I now support my parents after I told them to quit their job to make sure they didn’t get sick,” Bulnes explained. “They are not in the position of exposing themselves. Because if they fall ill, we would have to spend hundreds of thousands of dollars that we can’t afford since they are not covered by health insurance. Thankfully, I have the option of working from home.”