Endangered Species at the South and North Poles: The Eco-Art of Xavier Cortada

Endangered Species at the South and North Poles: The Eco-Art of Xavier CortadaXavier CortadaJuly 16, 2014August 17, 2017 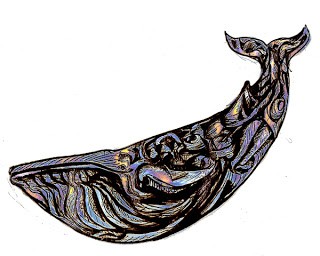 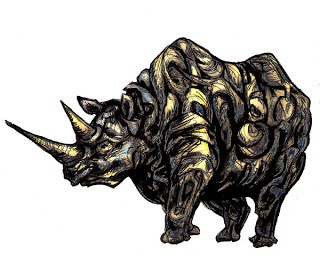 He planted 24 white flags around the pole and on each flag was printed the name of a species that was threatened. There were 24 flags because Earth’s longitudes are divided up into 24 zones. 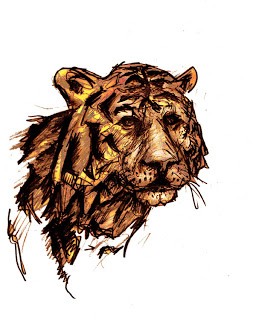 So on each flag, the name of the endangered animal was accompanied by the longitude of the primary habitat where it was threatened.  The twenty-four animals Cortada selected for the flags are endangered because their habitats are environmentally threatened by man and/or because they have been hunted to the brink of extinction. 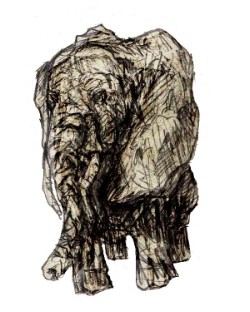 The installation included the well-known and the not-so-known, from the European sea sturgeon (0 degrees), the Black Rhino (15 degrees E), the Eastern Gorilla (30 degrees E), theRing-tailed lemur (45 degrees E), all the way around to the Maned Three Toed Sloth (45 degrees W), the Polar Bear (30 degrees W) and the chimpanzee (15 degrees W). The links, as on Cortada’s page, take you to the Arkive, where you can find more information about the status of each animal. You can see the whole list here. Below is part of the installation at the South Pole: 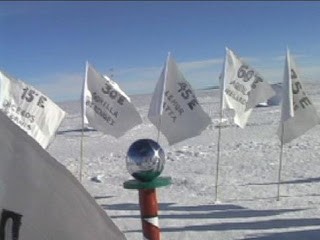 Unless we act soon, the banners will soon bear the names not of endangered species but of extinct species. The next year, the Endangered World installation had another iteration 180 degrees away, at the North Pole, which is losing more and more ice each summer due to global warming. This time, Cortada brought flags of 360 endangered species, one for every degree of longitude. After the sea sturgeon at 0 degrees there was the Togo Slippery Frog at 1 degree E: 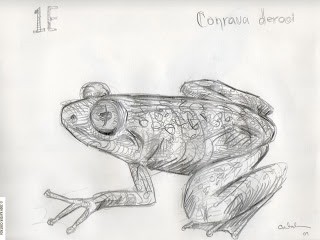 the red-bellied monkey at 2 degrees E: 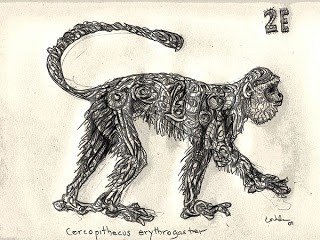 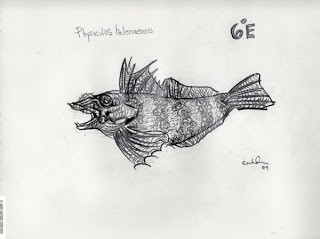 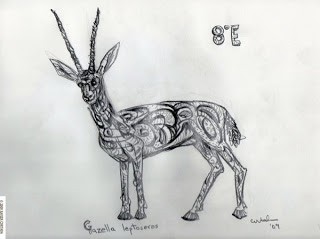 and so on, degree by degree you can see these fragile, elegant animals sketched with elements of ephemerality, as if they have been brought into a temporary existence and could disappear just as quickly. Here is a human cousin, the bonobo at 22 degrees E: 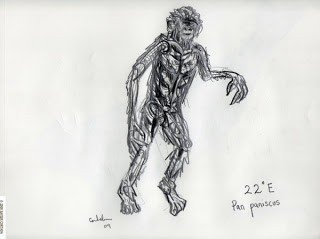 and here is another cousin, the Sumatran orangutan at 99 degrees E: 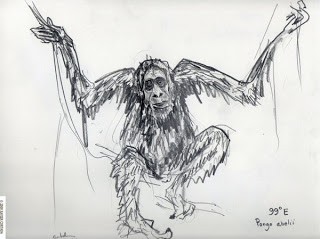 Such a picture of tragedy there. As if it’s telling us, “Look, if you keep taking us as pets, shooting us for bush meat, or pulling our forest out from under us for palm oil, we’ll all be gone.” Of course, these are all our cousins because all life on Earth originated from the same common ancestor some 3.7 billion years ago. We have the same DNA code, use the same amino acids, have many of the same metabolic processes. Our differences are literally by degrees, a point that Cortada makes through the interconnection of the longitude lines at the South Pole.  But for some animals, it’s already too late. Here’s what the the Yangtze River looks like without its eponymous dolphin: 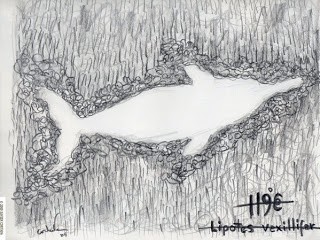 Haunting, isn’t it? The dolphin, nicknamed the “goddess of the Yangtze” couldn’t compete with the population growth, overfishing and development in the river basin and was declared extinct in 2006.

But Cortada isn’t content to raise awareness. He wants us, through actions like his Facebook installation that connect us to the endangered species, to become eco-emissaries. The Endangered World installation has had additional iterations in the Netherlands and Biscayne National Park in Florida where anyone can participate by pledging an eco-action for one of the struggling species in the installation. By engaging in eco-actions, we “adopt” the species and do our part to protect it. Saving species is hard work and is going to take a lot of personal responsibility from all of us. Becoming an eco-emissary is an excellent first step. You can see the eco-actions people have already pledged here.

Endangered World is one of Cortada’s many eco-art projects. He has also been involved in reclaiming the North Pole not for shipping lanes and natural resource extraction but for nature, regrowing mangroves in south Florida, telling the stories of people affected by climate change, investigating how climate change is affecting birds and butterflies in New Hampshire’s White Mountains and portraying it through ritual, restoring the wildflower biodiversity of Florida, and motivating eco-emissaries to plant a green flag with a tree so that as their tree grows so will their commitment to the environment. And that’s not all.

From his statement, Cortada is now using DNA from a diverse group of individuals [to] create work that will challenge the way we see one another and to liberate ourselves from false notions of who we are– or aren’t. Moreover, by depicting the migrations of our ancestors over the past 60,000 years, we can see how they settled the planet in response to changes in environmental conditions: For our ancestors, the natural world was the only world.  They navigated through it —slowly moving where nature provided them with better opportunities to hunt and gather.

Our early ancestors found a way to become a part of natural balance as they populated the planet.  Today, we are destroying that balance by overpopulation and by our attempt to use and control nature for our benefit.

It would be amazing if we could look back on the early part of the 21st century and say, Yes, that was close. W e turned a corner there. If we hadn’t become eco-emissaries, we’d be lost.

Humans haven’t been on the planet that long. The leap from hunter gatherers to eco-emissaries is not large, but it’s significant. By taking his art to the poles of the Earth, Xavier Cortada has reminded us that we live in an endangered world. Our response is up to us. 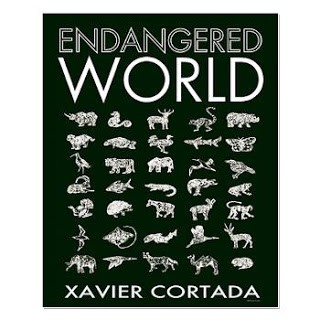 For more information about Xavier Cortada and his participatory eco-art, visit his webpage at www.xaviercortada.com
You can buy the above poster here or visit his online store for some wonderful originals (be sure to check out the mangroves!).