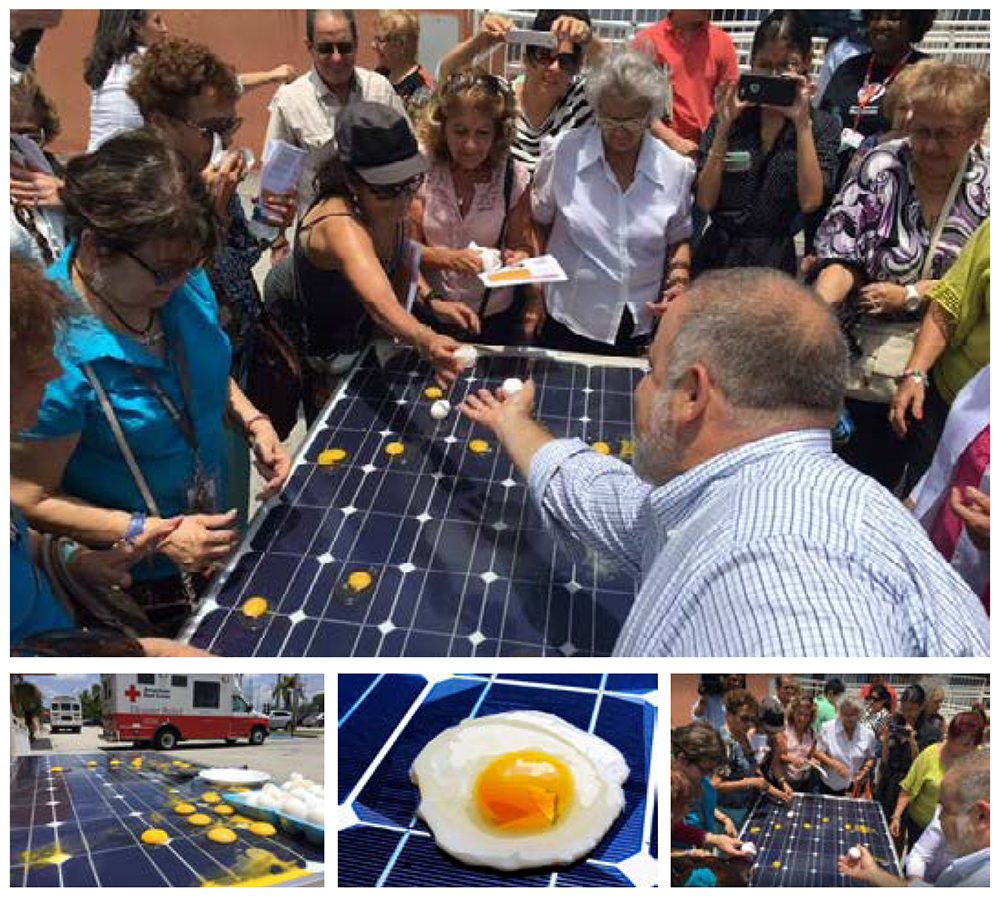 Xavier Cortada, “Hot for Hialeah,” 2016, performance at the John F. Kennedy Library in Hialeah, Fl in collaboration with the American Red Cross Association.

As a response to the rising temperatures across South Florida, artist Xavier Cortada developed and led the participatory art performance, Hot for Hialeah, in an attempt at creating resiliency within residents in the face of global climate change. The performance functioned as part of an educational community event organized by community leaders and the American Red Cross, the intent of which was to inform participants on the problems associated with rising temperatures and how to deal with them. The performance itself consisted of local community residents frying eggs on a solar panel, the majority of participants being seniors, who are particularly susceptible to issues associated with climate change. The setting of Hialeah is contextually important, Hialeah being an urban area that is generally more susceptible to higher temperatures than rural or coastal areas1. Coupled with the level of heat that Hialeah experiences is their low level of an urban tree canopy, less than 10% of coverage in the municipality.