On July 28, 1896, three hundred and sixty-eight men met at a pool hall on the northern bank of the Miami River and elected its first leaders, organized a municipal government, and incorporated the city of Miami.

“The Incorporators: 1896” depicts Julia Tuttle and Henry Flagler surrounded by Flagler’s railroad and its workers, the orange blossoms Julia Tuttle sent Flagler to persuade him to bring the railroad to frost-proof South Florida, and the old pool hall where the 368 men – many of them black Bahamian immigrants – voted to create the City of Miami.

“First Encounter: 1566” illustrates Pedro Menendez de Aviles landing at the edge of a mangrove forest on the north bank of the Miami River. Upon spotting Menendez unfurl his flag, a young Tequesta releases leaves into the winds of change that have brought a Spanish galleon to his shores.

Cortada stated that he created these two murals to educate residents about their City’s history and its multicultural origins.

“By learning about our past,” he said, “we can build a future filled with mutual respect and understanding.” 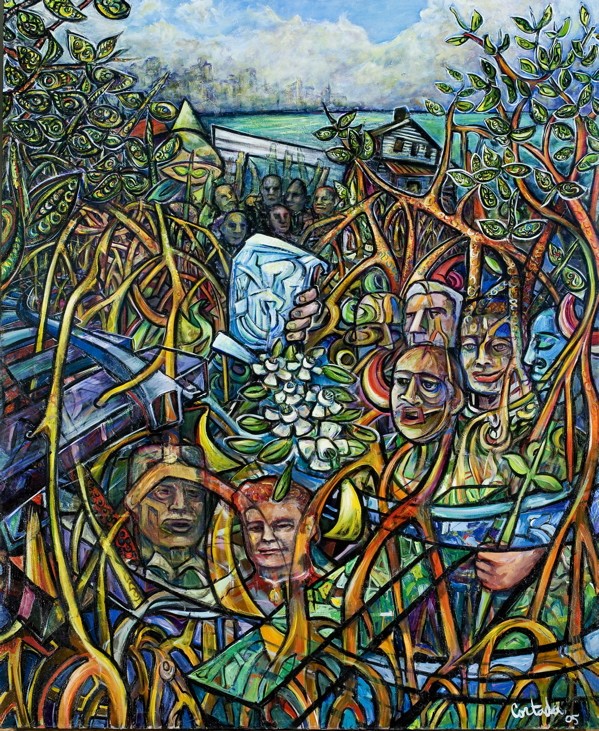 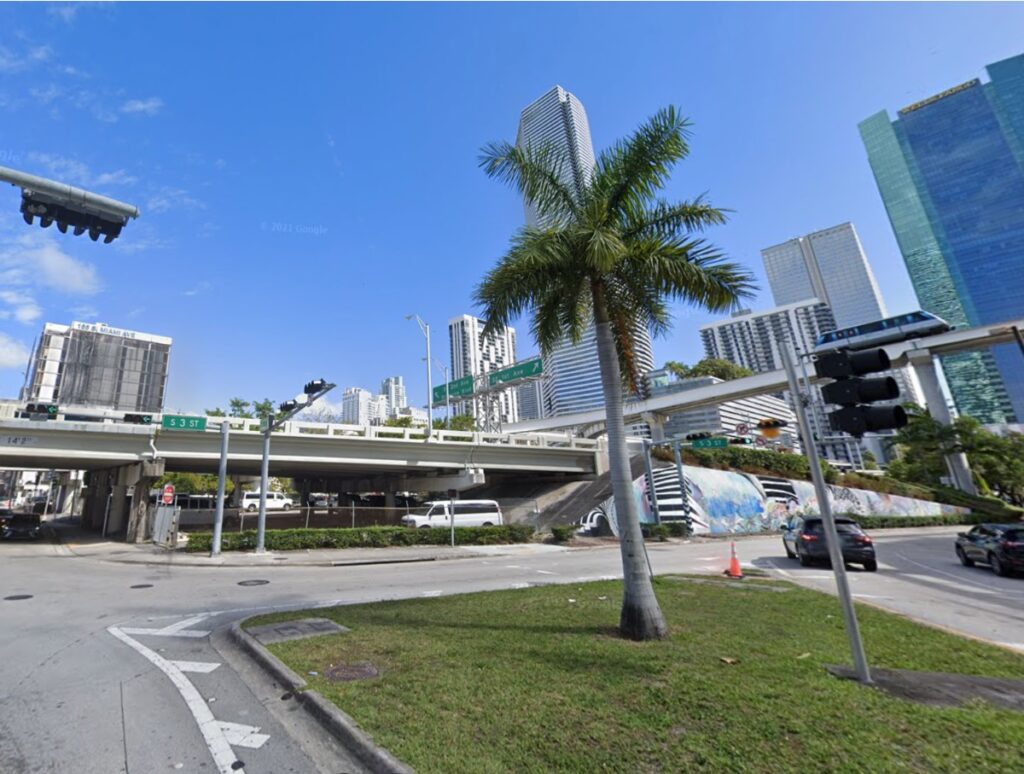 Incorporation Palm:
On Earth Day 2008, Xavier Cortada had a Royal Palm tree planted at the very location of Miami’s incorporation on July 28, 1896. The site-specific public art piece, “Incorporation Palm,” is a green and living monument that honors the Incorporators who brought the city to life and the “Reincorporators” who follow and work to keep it growing.

Funded by the Knight Foundation, Cortada’s conceptual piece marks the city’s birthplace by bringing the city’s seal to life:

“[The] corporate seal of this municipality shall be as follows: A round seal two inches in diameter, with the words ‘The City of Miami’ arranged in a semicircular form, constituting the border around the base and the design of the Royal Palm tree in an upright position in the center of the seal, with the inscription ‘Incorporated 1896’ inserted just below the center of the seal.”

Become a Reincorporator:
Now in 2021, the city celebrates its 125th anniversary and Cortada invites residents to commit themselves to building a better Miami. Envision yourself in the shoes of an original incorporator and build on their legacy. How will you work to make Miami a better place? 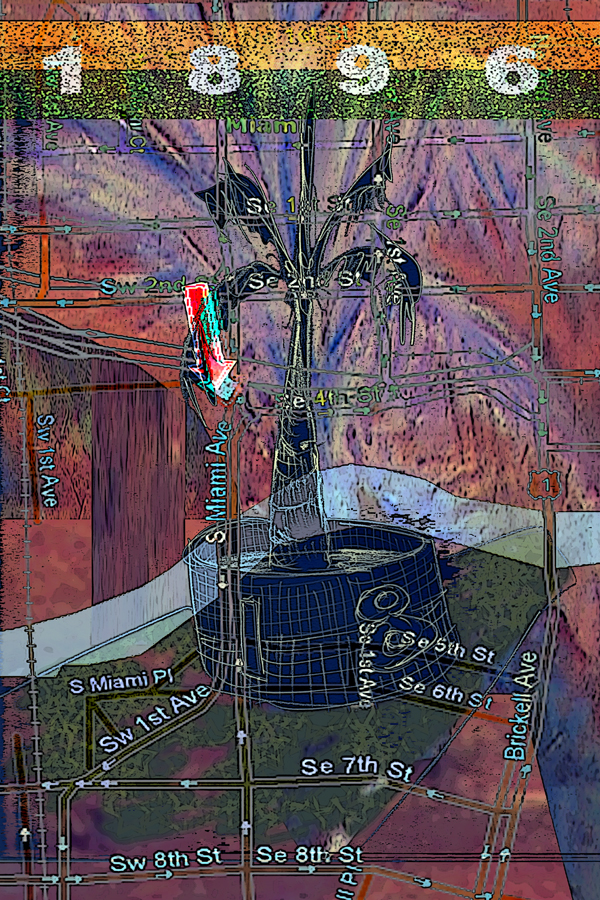 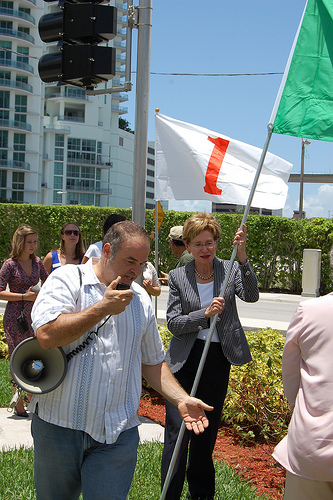 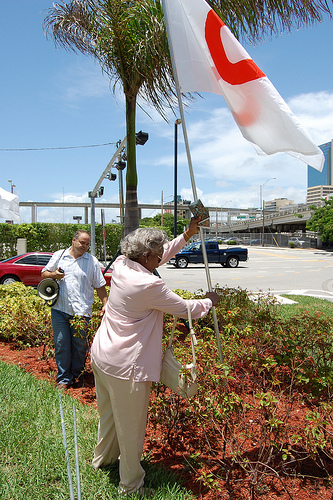 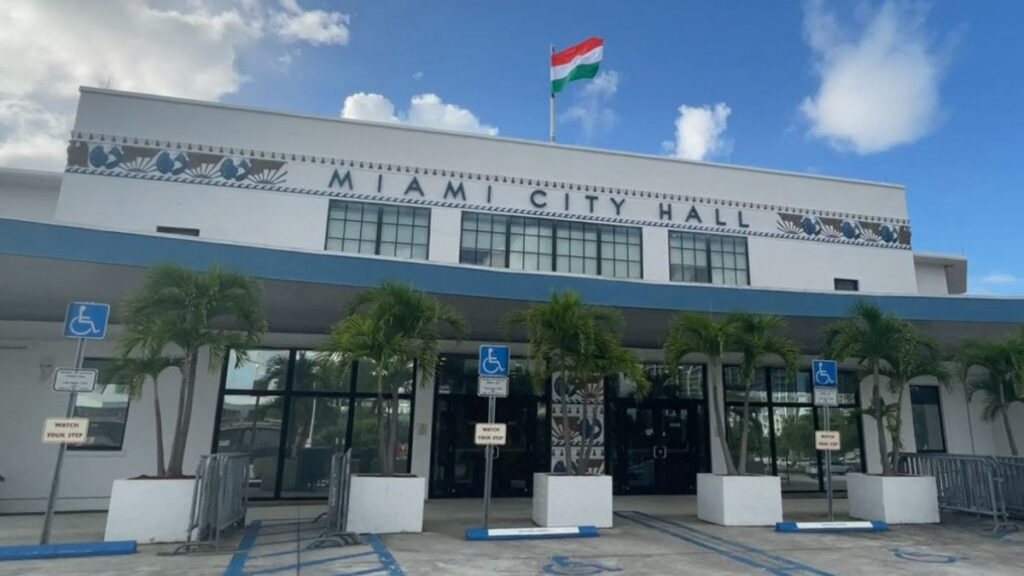