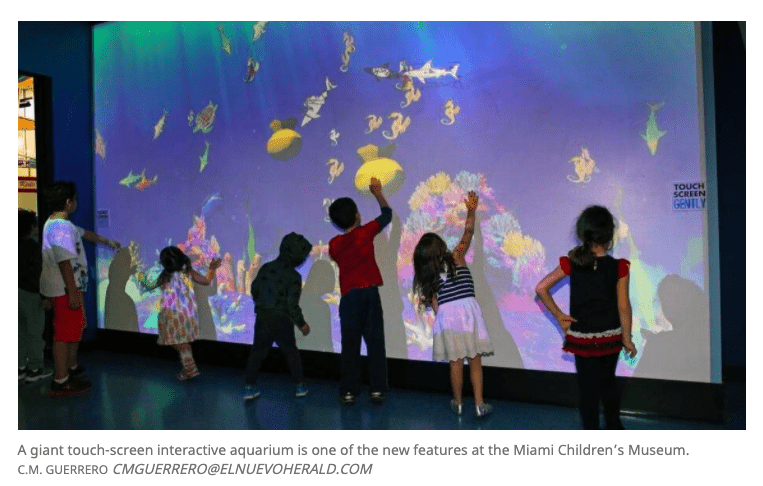 When the Miami Children’s Museum opened its doors on Watson Island more than 13 years ago, the digital world was small, the internet was still referred to as the world wide web and most everybody thought STEM referred to part of a plant. A lot has changed since 2003, and to keep pace with a younger audience and stay true to its mission in an ever-evolving technological world, MCM is in the middle of a $20 million, multiyear renovation that is transforming its permanent exhibits while adding others.

When MCM management first embarked on this soul-searching mission in 2013, everything was on the table.

“We got input from staff, visitors, parents and kids and began asking ourselves a lot of questions,” said Deborah Spiegelman, the museum’s CEO and executive director. “Is everything we’re doing necessary? Is it working? Can we do better?”

That questioning — and an Interpretative Master Plan prepared by renown museum planners Lee H. Skolnick Architecture + Design Partnership — has resulted in major changes for a museum that has been recognized by an international travel blog as one of the top 10 in the world in its class. When those changes are completed by 2018, MCM visitors will “navigate a multilayered and multisensory world that melds real time and virtual, both authentic and digital experiences.”

As a plus: The new experiences will align with Miami-Dade County Public Schools’ core curriculum and promote interest in STEAM, the idea of educating students in the disciplines of science, technology, engineering, art and mathematics.

“We feel that if we do a good job here, we’re creating the new cultural generation as well as preparing children for school,” Spiegelman added.

MCM, which welcomes more than 430,000 visitors annually, already houses the Early Childhood Institute Pre-School for children ages 1 to 5, and the MCM Charter School, with 400 students in kindergarten through fifth grade.

The most recent renovation to be unveiled was the Bank of America exhibit, which opened earlier this month. The makeover features new interactive technology and digitization that introduces kids to the concepts of earning, saving and spending. A touchscreen lets kids practice number recognition, and a vault door inside an oversized piggy bank leads to two interactive touch screens that encourages kids to practice their math skills by making change.

Other exhibits that have been renovated or added include:

▪ The pint-sized Publix Super Market area has different sections just like a real Publix — seafood, produce, deli and bakery. Kids get to shop with small carts and check out on real scanners. They can also create a recipe, using healthy choices, in a MY RECIPE Interactive.

▪ The Baptist Children’s Hospital Health and Wellness Center aims to give kids a chance to try virtual sports and different fitness activities. Children work out in Flex Your Muscles stations, with mini treadmills, ellipticals and other exercise equipment, and learn about proper nutrition through the Food is Fuel interactive learning station.

▪ At the Port of Miami exhibit children learn the ins and outs of the importing/ exporting world and get to operate a Gantry crane and remote control boats.

▪ The new My Green Home exhibit features a modern South Florida home with renewable energy technologies such as solar panels and a wind turbine. A graphic panel explains the concept of energy, the importance of conserving it and the use of alternative sources, with the emphasis on changing bad habits.

▪ The Sketch Aquarium exhibit provides an interactive virtual aquarium that allows a child’s crayoned fish drawing to be scanned so it becomes an animated and digitized part of the undersea environment. The exhibit is the first of its kind in the U.S. to feature this technology.

In time for the holidays MCM hopes to unveil another revamped exhibit: The Music Gallery, which will feature a symphony room and a “Big Piano” like the one in the Tom Hanks film “BIG.” In 2017, museum visitors can also expect an Everglades exhibit and a water play area that will educate children about sea level rise, created with the help of Florida International University.

These changes are meant to reflect the new, tech-heavy world of the 21st century child. “The challenge,” Spiegelman said, “is to maintain a hands-on environment and also include the technical advancements that are already part of their lives.”

The renovations are being done as the museum finds sponsors for each project. MCM has remained open during the makeover, but some modifications, large and small, extend beyond the physical exhibits. The signage is changing from fewer words to more simple explanatory label copy for “early readers.”

In partnership with the U.S. Department of Energy, the building underwent an energy efficiency overhaul. Museum leadership is also planning for a new entry building to be completed in late 2018 and, after gaining the approval of the city of Miami, a 20,000-square-foot building to house the Early Childhood Institute and other programs for the museum’s youngest guests.

And because visitors are skewing younger — birth to 8 years old — the museum is incorporating the Reggio Emilia approach to education: brighter spaces and more open-ended interactives that allow kids to experiment without a predetermined outcome.

“I like to think that we are the town center for children,” Spiegelman said. “This is where they get their first introductions to the arts and sciences and technology, where learning becomes fun. Through play we are preparing children for school.”

Season of the Arts at Miami Children’s Museum

Every Saturday in December, from 11 a.m. to 3 p.m., MCM has partnered with artists to introduce little ones to arts. These events include:

Dec. 3: Miami artist Xavier Cortada will collaborate with young visitors on an eco-art project inspired by Florida’s wildflowers. There will also be opportunities to make Seminole art and patchwork clothing with the Ah-Tah-Thi-Ki Museum.

Dec. 10: Explore the world of opera with Florida Grand Opera through hands-on activities, live performances, interactive experiences and the thrill of live theater. Florida Grand Opera brings all the aspects of opera to life both in front of and behind the curtain. Activities will include stage makeup, special effects, set design and of course singing. To make the experience a memorable one, live performances and roaming acapella singers will highlight the day, concluding with the hilarious family friendly opera “Toy Shop.”

Dec. 17: Join the New World Symphony for a series of special performances and a musical workshop. Create musical jewelry, enjoy a singalong story time, and have a chance to play a giant piano.

Dec. 24: Create seashell ornaments and Christmas leis, and meet MCM’s sun-kissed Santa. Sing along with Christmas carolers and catch MCM Player’s original theater production: The Extraordinary Explorers and the Search for Santa! (The museum will close at 4 p.m.)

Dec. 31: Ring in New Year (a few hours early) with a countdown and a balloon drop (make sure to arrive by 11:30 a.m. for the balloon drop). Then, meet some ballerinas, take a ballet class, and enjoy a special presentation from the dancers from Miami City Ballet. (The museum will close at 4 p.m.) 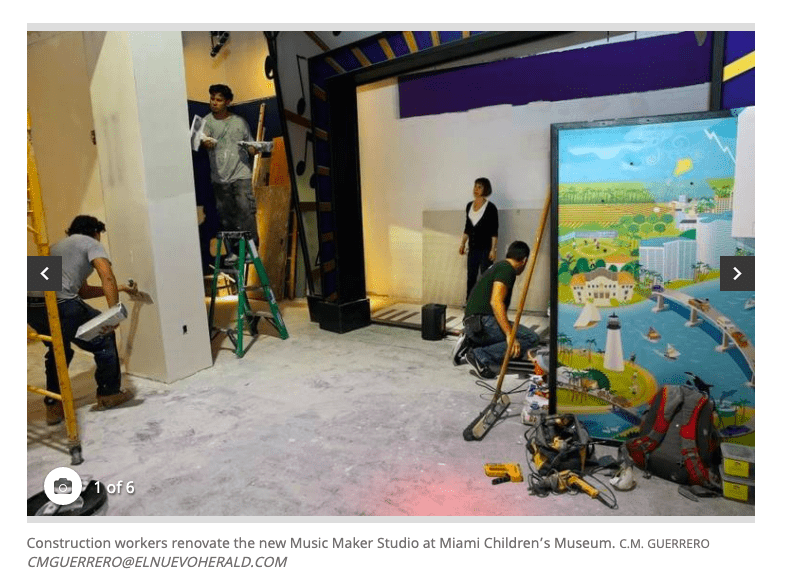