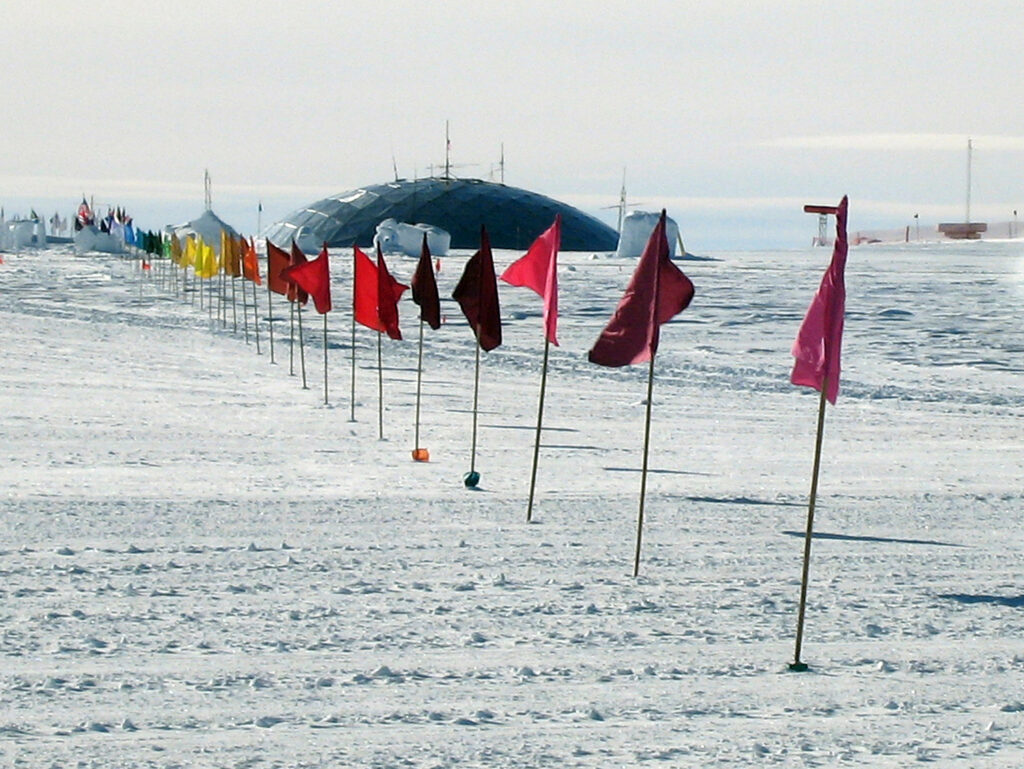 The Markers: On January 4, 2007, on the 50th anniversary of the opening of the South Pole station, Miami artist Xavier Cortada arrived at the South Pole and planted 51 differently-colored flags along a 500-meter stretch of a moving ice sheet. The last flag was planted where South Pole stood in 1956, when the Pole became permanently inhabited. The first, where the South Pole stands fifty years later.

Cortada's "The Markers: South Pole" and "150,000-year journey" on exhibit at Hibiscus Gallery

In 2007, Xavier Cortada used the ice sheet that blankets the South Pole as an instrument to mark time. On October 26, 2022, Cortada will be exhibiting the work that he created 15 years prior in Antarctica, “The Markers: South Pole” and “150,000-year Journey” in Pinecrest Gardens’ Hibiscus Gallery.

THE MARKERS:
Xavier Cortada’s installation highlights events that have moved our world forward in the time it has taken the Antarctic ice sheet to move about 500 meters. Cortada chronicles the passage of time by depicting those events on flags he placed at the South Pole on January 4, 2007. To accomplish this, the artist:

1. Created 51 differently colored flags, ranging from violet to red, each sequentially representing years from 1956 to 2006.

2. Marked each flag with the coordinates of a place where an event took place that moved the world forward during that given year (e.g., 1963’s March on Washington, 1989’s Fall of the Berlin Wall).

When the flags were planted they created a spectrum of color on the white surface of the ice.  The first flag was planted at the location of the 2006 Geographic South Pole, with each subsequent flag spaced 9.9 meters apart and aligned in the direction of the Weddell Sea.  Since the glacier below is moving everything in the same direction at 9.9 meters annually, the flags “mark” where the South Pole stood in any given year– few places on Earth can so dramatically mark the passage of time. 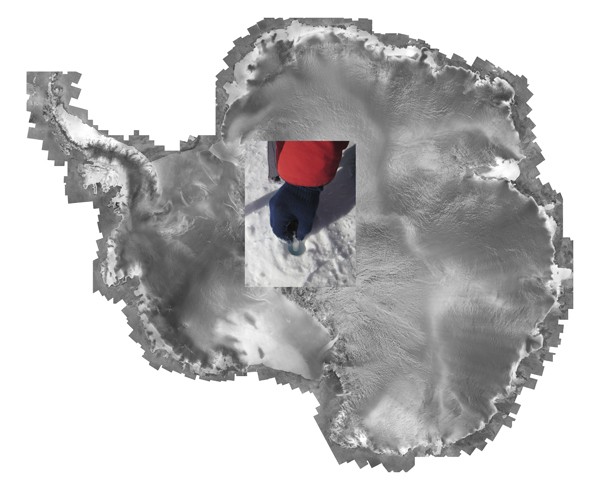 Embedded in the moving glacier, the “seedling” is now sliding downhill (9.9 meters every year) in the direction of the Weddell Sea, 1,400 km away.  The “seedling” has thus begun its 150,000-year journey toward the seashore, where it can eventually (theoretically) set its roots.