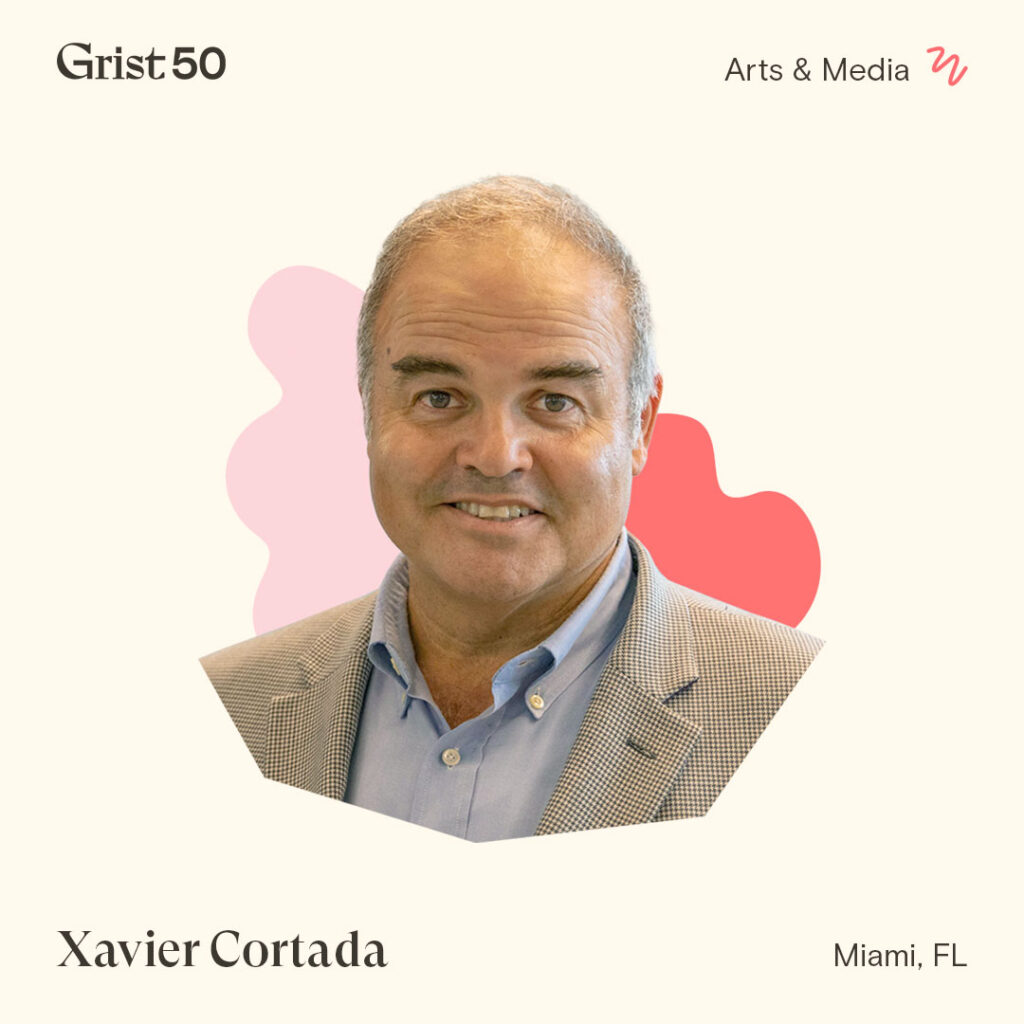 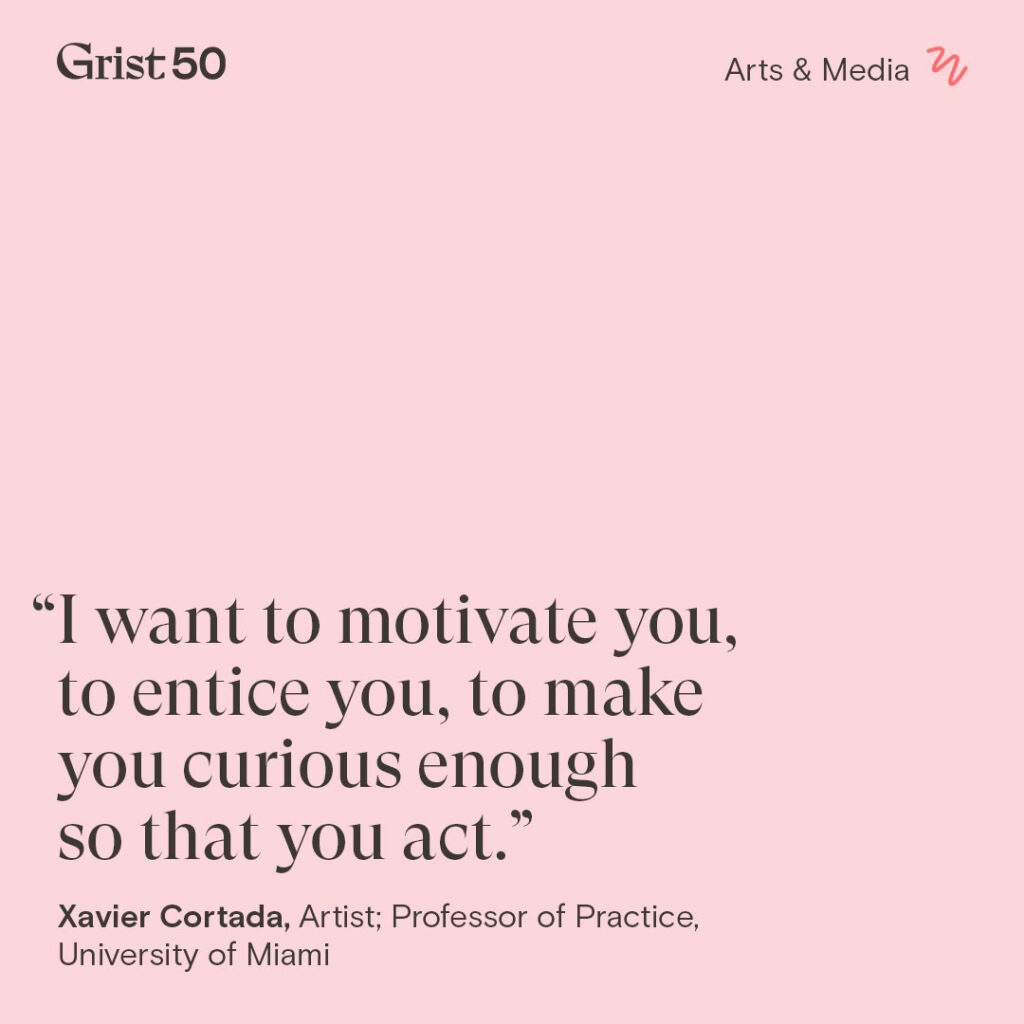 During a trip to Antarctica with the National Science Foundation’s Antarctic Artists and Writers Program in the early 2000s, Miami artist Xavier Cortada had a realization: “I’m literally standing on the ice sheets that could melt and drown my city.” That inspired a body of work dedicated to making sea-level rise tangible to other people. Cortada started with a series of about 100 paintings created with sediment and melted ice from the West Antarctic Ice Sheet and Antarctic sea. Those art pieces provided the backdrop for yard signs he made for a 2018 project called Underwater HOA. Each sign features a number from zero to 17, which represents how many feet of sea-level rise it would take to submerge a house based on its elevation.

The project includes an ongoing education and engagement component as well. Members of the Underwater HOA, a group of homeowners from the suburb of Pinecrest, Florida, meet monthly to hear from experts — including some of Cortada’s colleagues at the University of Miami — and plan together for a climate-changed future. This year, Cortada is taking the work further with The Underwater, a project that will engage high school students, residents, and elected officials, and ultimately convene an “underwater summit” to plot out equitable ways to address Miami’s vulnerability to rising seas. “My hope is that these politicians aren’t going to be shamed into acting, but they’re going to be compelled by all this community support to want to be involved,” he says.

“I want to motivate you, to entice you, to make you curious enough so that you act.”

These projects are just the tip of the iceberg of Cortada’s work, which has also included interactive installments around mangrove reforestation, native wildflowers, and honoring Miamians lost to the COVID-19 pandemic. For him, art isn’t just about getting people to look at something. “It’s a very activist, engaged practice, where I want you to do something,” he says. “I want to motivate you, to entice you, to make you curious enough so that you act.” 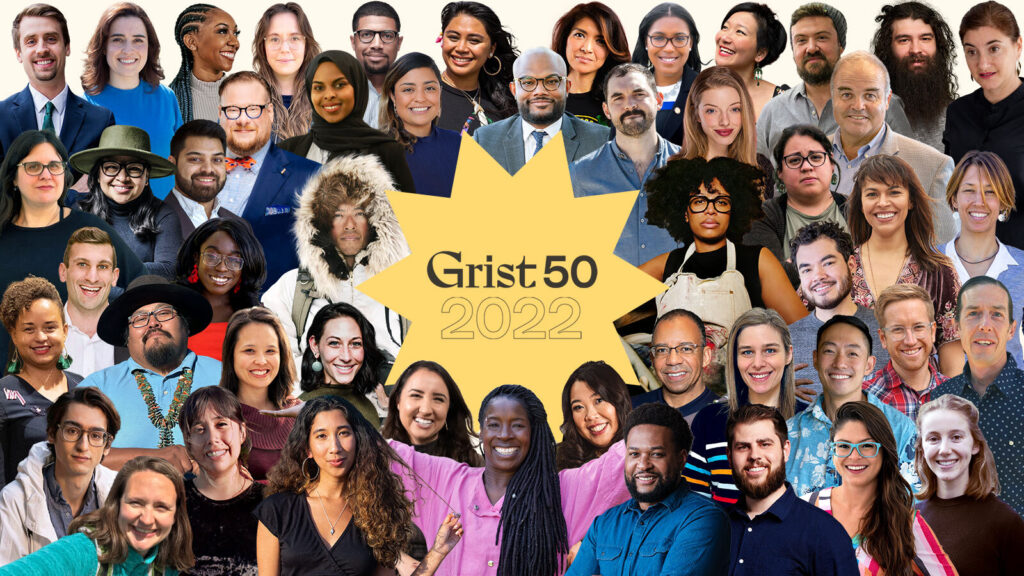 Each year, the Grist 50 identifies emerging leaders in climate, equity, and sustainability, as nominated by you, our readers. These brilliant souls are politicians, artists, butchers, and scientists. They’re inventing new substitutes for plastic, defending their communities from environmental hazards, writing better public policies, and creating ways to reduce food waste. And they’re just getting started.

The 50 visionaries on this year’s list are regular people who also happen to be sustainability stars. They hail from all walks of life and every part of the country. Simply put, these are ordinary people who are achieving extraordinary things. Around here we call them Fixers, because they’re not afraid to face problems head-on and work toward just solutions.

Each of their stories is a tiny tale of inspiration, revealing why they vowed to make a difference and how they made it happen. Through grit and determination, these everyday climate champions are demonstrating that a better, cleaner, more just future is still possible.