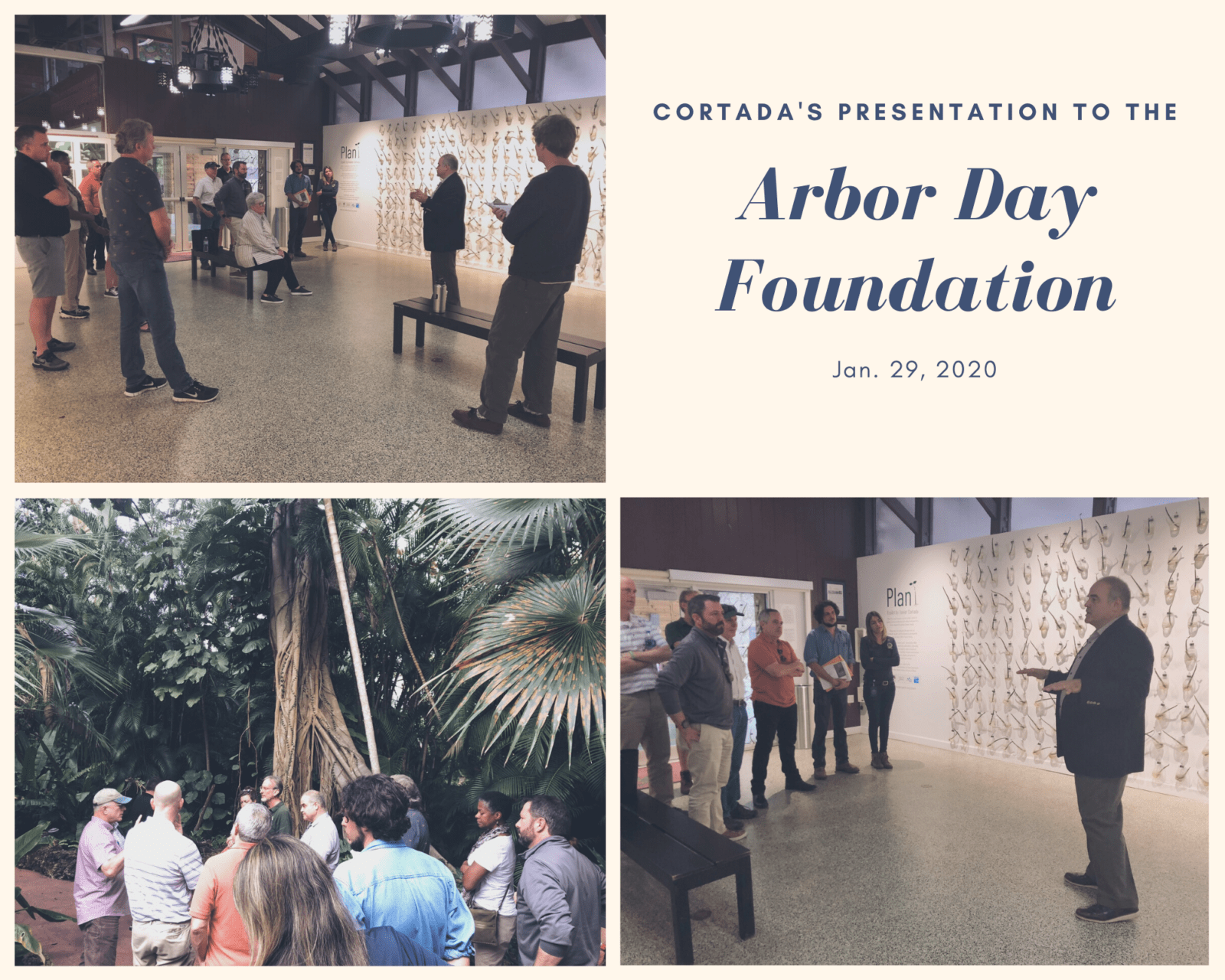 When speaking to the Arbor Day Foundation at Pinecrest Gardens on Wednesday, Jan. 29, artist Xavier Cortada introduced the basis of his practice, explaining the why to what he is doing. The conversation began with Cortada detailing his role as an artist, as a person who attempts to make complex issues simple and accessible to the community while also giving them the tools to be agents of change. This allows for the artist to problem solve in an interdisciplinary way, finding the best course of action for each issue. Currently, Cortada’s socially-engaged work deals directly with promoting awareness and action against climate change, sea-level rise, and climate migration. These are complex cases driven by time and the work Cortada develops addresses this. When working in the environmental field, especially as an artist, Cortada sees a necessity in “making the invisible visible,” because a majority of the issues he presents are not easily visualized by the general public. Many of Cortada’s projects have the intent of creating “eco-emissaries” out of his participants, which allows the projects to develop and achieve more than possible than with just one person involved. This engagement is extremely necessary to the success of his projects. Cortada sees the role of the eco-artist as using systems to engage others in problem-solving.

One of the first projects Cortada created to address these specific issues was Native Flags, a project originally initiated at the North Pole in 2008. The artist planted a green flag at the North Pole, reclaiming the land for nature. This was done in response to sea-level rise, specifically that stemming from the melting of the polar ice caps. Cortada notes, “As the Arctic sea ice melts, nations clamor to raise their flags over newly open waters to claim the natural resources that lie beneath them – oil, manganese, diamonds, fish – and to control shipping lanes.  Meanwhile, rising sea levels threaten the world below.” This act led to a project that  engages participants in climate change action by prompting individuals to plant native trees next to a green flag, similar to the one that Cortada planted at the North Pole. In this way, participants become “reverse conquistadors,” reclaiming their community for nature. This project was large in scope, being implemented across all Miami-Dade County Public schools.

Continuing with the participatory, socially-engaged theme, Cortada recently introduced his new Plan(t) project. Plan(t) uses similar ideas and processes as Native Flags, but it is different in intent and actual impact. This project is all about “planting and planning for the future.” Through Plan(T), Cortada attempts the reforestation of Miami’s native tree canopy with mangroves, as a response to salt-water intrusion into South Florida’s aquifers. Mangroves are salt-tolerant plants and the only type of plant that will be able to survive in a future where Miami is devastated by sea-level rise. Plan(t) also requires its participants to plant a flag next to their mangrove. Unlike Native Flags, this flag is a white flag with the participant’s current elevation above sea-level drawn upon it. This project is not about surrendering your community to climate change but surrendering yourself to the situation; an acknowledgment of the situation. As the mangrove grows, so does the participant’s vulnerability, making the mangrove become a beautiful yet terrifying symbol of what is to come.