More than 50 percent of Latinos in the United States see climate change as a key defining issue due to its far-reaching impact within the Latino community. Temperature Check: Body of Evidence will feature the work of Latino artists exploring the artifacts and patterns of climate change through installation, drawing, video and photography. The exhibition will also include a platform for education and exchange with our local community through a series of public programs including guest speakers, panel discussions and family programs to further strategies for discussion and action around issues of sustainability.  Xavier Cortada’s “Diatoms” and “DO NOT OPEN” will be presented as part of the group exhibition. 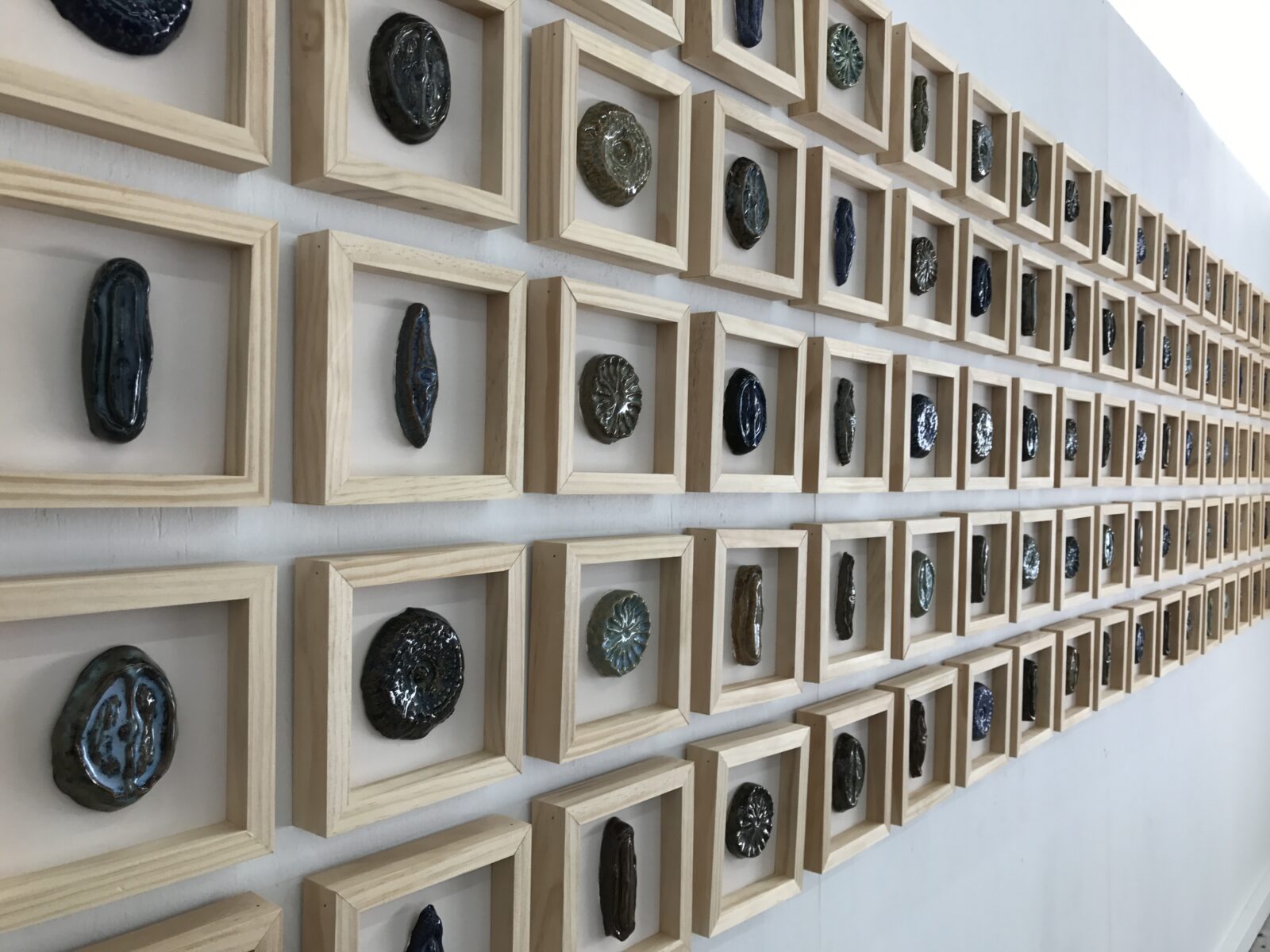 Diatoms are single-celled organisms that live in the water and harness the power of the sun to convert CO2 into oxygen. Its glass shell, all that remains from the diatom, is used by scientists today to see what was as they research environmental issues crucial to the city in the century to come. Scientists—and artists—can determine the past salinity of water by examining the shells of diatoms preserved in sedimentary core samples. Each diatom species has a different salinity preference, so changes in the mixture of fresh and sea water (driven by sea level and changes in water management) can be inferred from past diatom remains. 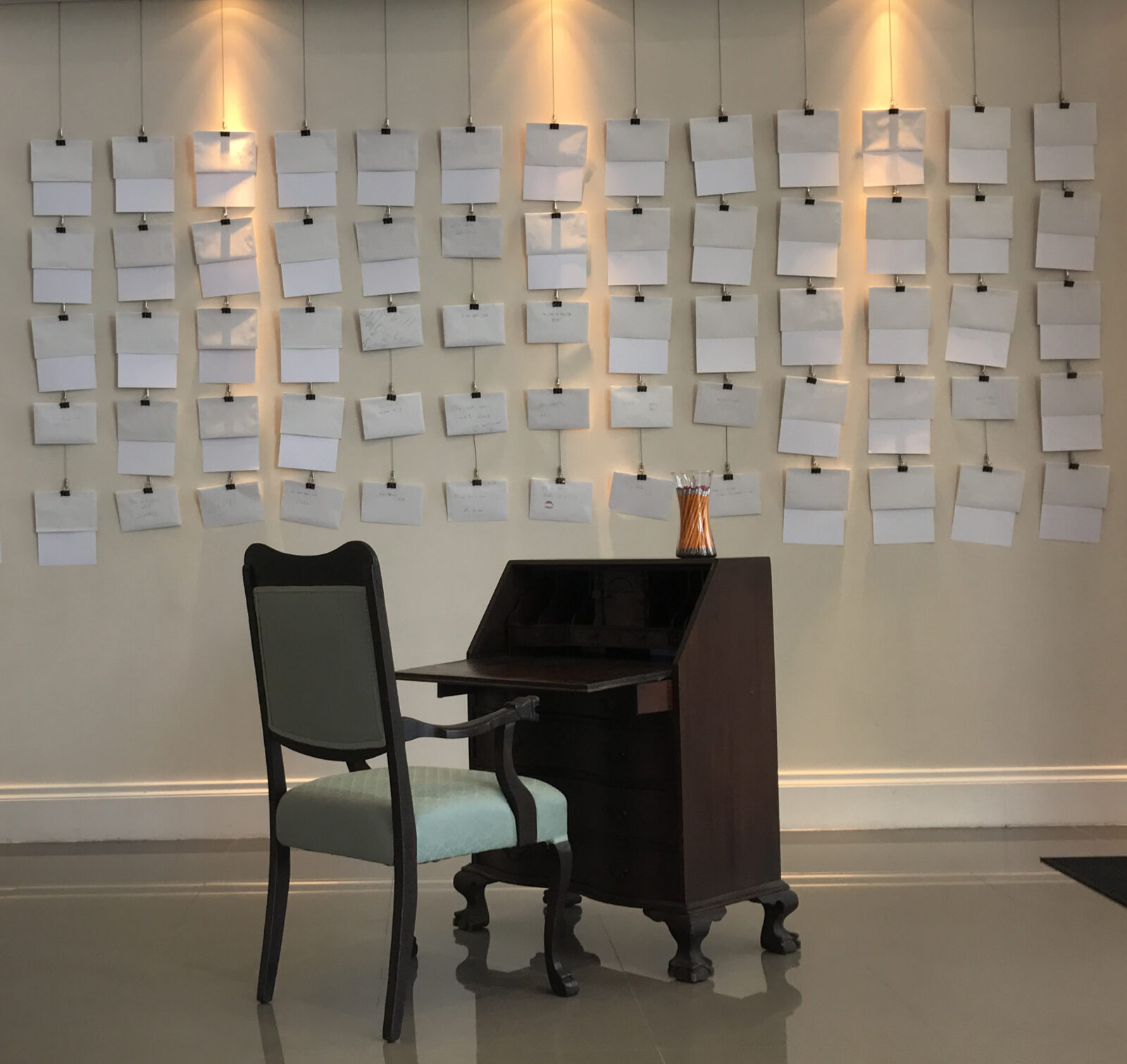 Xavier Cortada, “DO NOT OPEN,” 2016.During the opening reception, MACLA  invites attendees to participate in Cortada’s “DO NOT OPEN” performance.  The work was first exhibited last year during the CLIMA exhibit. Here are the instructions.

In “DO NOT OPEN,” I ask residents of San Jose to write letters to the future. I do so because today, many of their neighbors aren’t willing to listen. Today, too many are in denial about the human impact on global climate change. For many, denial comes easier than visualizing the future impact of rising seas on their community. Our words fall on deaf ears.

So, instead, we must write it all down, keep it in a safe place, and share it later, when others are willing to listen.

Although the letters are intended for people not yet born, the true audience is those breathing in the present.

Sure, the future will be curious.
The future will read our letters and want to know why we couldn’t show restraint when facing insurmountable evidence of our role in creating this global crisis.

The future will be incredulous.
In 2117, our great-grandchildren will read the words we wrote them and want to understand why we didn’t do more when so much—everything– was at stake.

The future will be furious.
A century from now, San Jose will read what we penned and want to know how, on our watch, ecosystems collapsed, biodiversity plummeted and so much of humanity suffered.

The future will benefit from insights, but “DO NOT OPEN” isn’t for them. It’s not about them. It’s about us.

Being able to connect with our progeny raises the stakes for us now in 2017. It lengthens the “care horizon” beyond our lifetime. It provides a path to hope, purpose. It encourages us to do all we can now to protect our planet, its future generations and the animals we coevolved with.