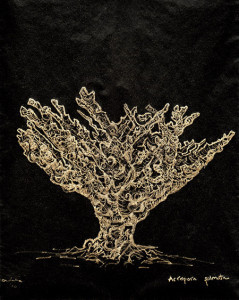 Last year, Miami artist Xavier Cortada created a mile-long installation consisting of 360 flags running from the entrance of Biscayne National Park to the water’s edge: 360 participants each painted a flag depicting an endangered animal representing one of Earth’s 360 degrees. This year, Cortada worked with Vince Herrera who invited fellow Miami artists to each create a work depicting one of the 17 threatened and endangered species that call Biscayne National Park home.

Cortada’s  original drawings of the seventeen species — including the Wood Stork, the Key Largo Rat, and the Smalltooth Sawfish– will be on display at his studio.  Signed, numbered, limited-edition prints are available for sale online (click here to see STORE).
Cortada created the 17 drawings on carbon paper, as a metaphor for the impact (or “carbon footprint”) that humans have had on these species, even across the boundaries of protected nature preserves.
For more information, please contact Vince Herrera, Director for Special Projects at The Gallery at Cortada Studio, Vince@vinceherrera.com, (786) 303-8991. For directions, see www.cortada.com/map.htm 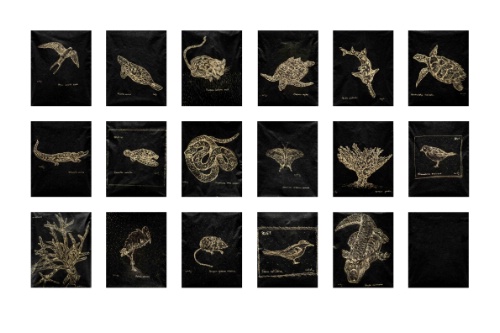 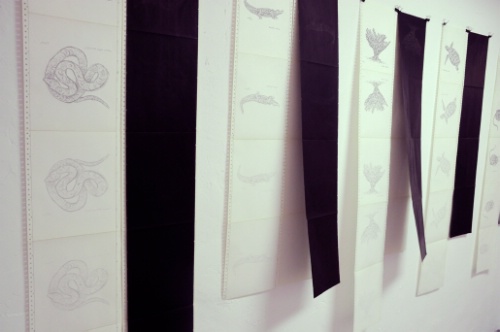