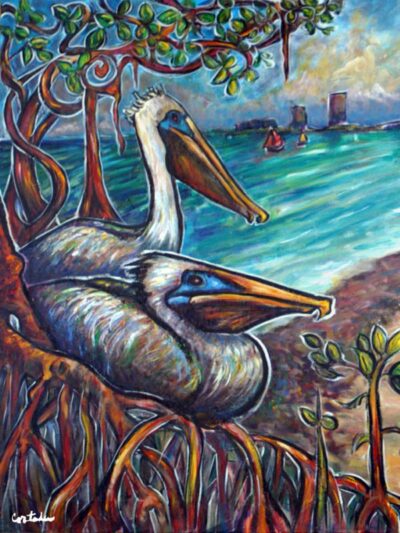 MIAMI – In March, the Pelican Harbor Seabird Station will celebrate its 35th anniversary. More than 25,000 injured animals (mostly native birds) have been treated since the facility first opened in 1980.  South Florida residents are invited to join the many volunteers, donors and elected officials who have helped sustain the Seabird Station since 1980 at the Pelican Party Fundraising dinner taking place on Saturday, March 14, 2015. The Gala will be held in the Atlantis Ballroom of the Newport Beachside Hotel and Resort, which features breathtaking views of the Atlantic Ocean & Newport Pier.

“The Pelican Party is a special evening of celebration to recognize our volunteers, donors & those who have been most crucial to our longevity. It is our biggest fundraiser of the year, during a milestone anniversary and we invite the community to come out and celebrate with us. The event is already more than half sold out with 200 tickets sold and over thirty sponsors on board”, said Christopher Boykin, Executive Director of the Seabird Station.

A fun evening with music, entertainment, three-course meal, extensive silent auction and the “Pelican Awards” Ceremony has been planned by the Host Committee, which is comprised of volunteers, board members & donors. The brown pelicans Miami Artist Xavier Cortada depicted in his “Discover Biscayne Bay” painting are being featured in the 35th Anniversary materials, commemorative shirts & posters. Additionally, Cortada is creating the Pelican Awards; these signed, numbered and limited edition sculptures will also be given to sponsors at the $5,000 Brown Pelican level. Sponsorship levels come with several benefits, range from $250+ to $5,000+ and are being accepted up until the week of the event.

The Honorary Host Committee for the event includes an impressive list of names like Miami-Dade County Commissioners Sally Heyman & Audra Edmonson, as well as Clerk of the Court Harvey Ruvin, who also serves on the Board of Directors. Additionally, National Public Radio’s Wanda Myles who will be emceeing the event and renowned artist Xavier Cortada also serve on the Honorary Host Committee with several others of note, including Jack Kardys, Director of the Miami-Dade Parks, Recreation and Open Spaces Department.

“It truly did all start with a houseboat and a pelican many, many moons ago. My dear departed wife Darlene & I had just entered retirement and we had no idea how rescuing that one pelican would change our life forever. We never imagined that it would grow into something so big, with so many volunteers and supporters. We focused exclusively on pelicans back in the eighties and now the station is treating more than 150 species a year. ” said Harry Kelton, Founder of the Seabird Station.

For information on tickets, tables, sponsorship or donating auction items, contact the Seabird Station at Info@pelicanharbor.org or visit PelicanHarbor.org

About the Pelican Harbor Seabird Station

The Pelican Harbor Seabird Station began in 1980 with nothing more than a tool shed, an injured pelican and the dedication of a retired couple named Darlene & Harry Kelton. Over the past 35 years it has grown into world renowned facility famous for its experience in caring for brown pelicans, which were removed from the endangered species list in 2009. With the help of Miami-Dade County and donations by the public, the Seabird Station supports five full time staff and more than thirty volunteers. A record 1968 wildlife intakes of 156 species were treated by the facility in 2014. The Seabird Station is open 365 days per year from 9 am to 5pm. Tours are free and donations are welcome.