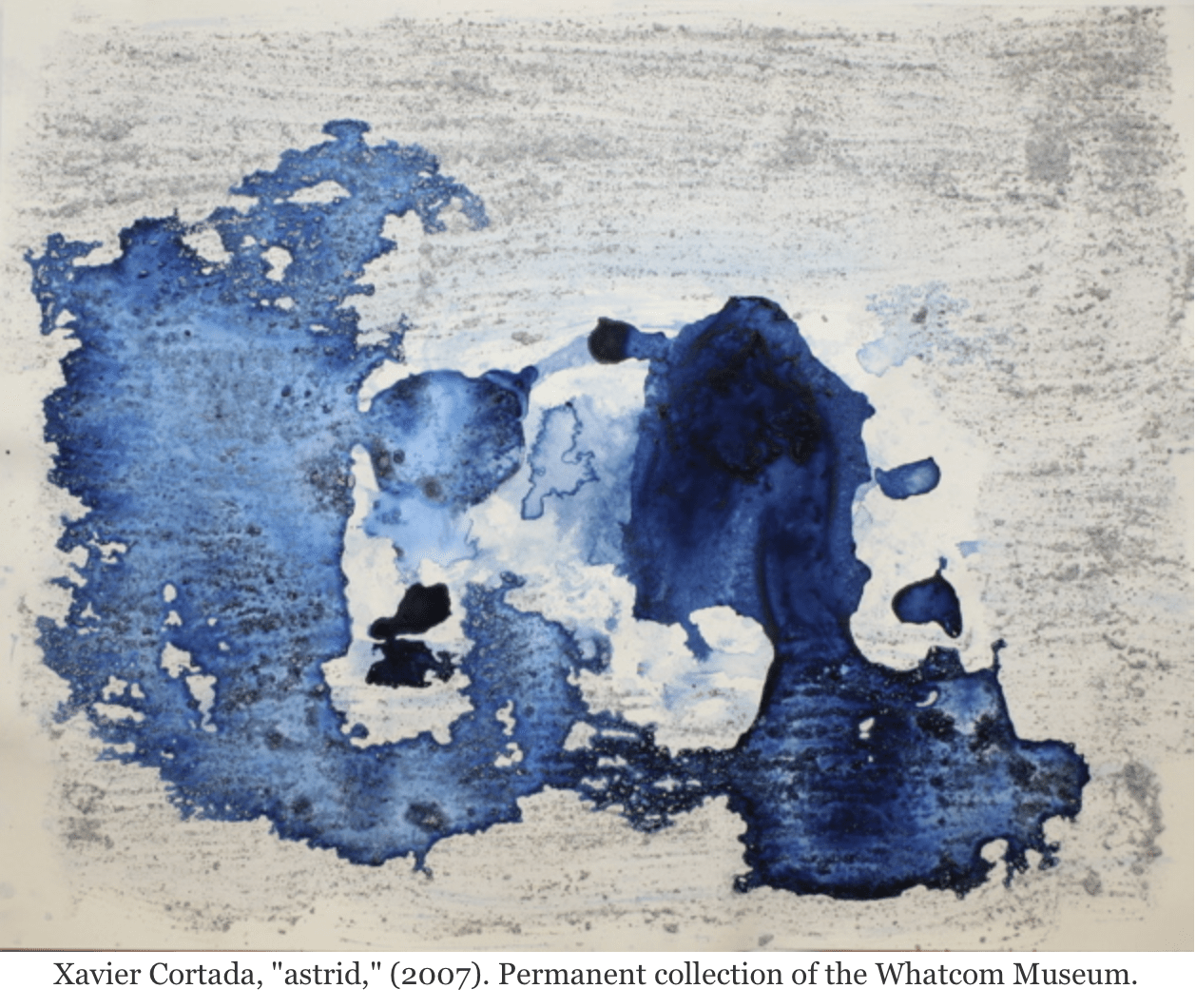 Xavier Cortada’s “Astrid” painting will be on exhibit at the Weisman Art Museum in Minneapolis, MN from January 27th through May 13th, 2018 as part of the “Vanishing Ice” exhibit curated by Barbara Matilsky — see http://www.vanishing-ice.org.  You can learn more about Cortada’s piece by reading the American Art essay by Alan Braddock and Renée Ater, Art in the Anthropocene — see https://cortada.com/press/2014-press/art-in-the-anthropocene/.

Cortada, recipient of a 2006-2007 National Science Foundation Antarctic Artists and Writers fellowship, traveled to Antarctica to implement a series of projects and installations. While there, the Miami artist created “ice paintings” using sea ice and sediment samples provided to him by scientists working in Antarctica.  The artist titled the works on paper by randomly selecting the names of geographic features from a map of the continent that inspired their creation.  To learn more about the series visit https://cortada.com/2007/ice-paintings. 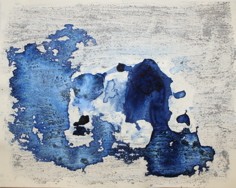 VANISHING ICE will introduce the rich artistic legacy of the planet’s frozen frontiers now threatened by climate change, a phenomena understood by the public primarily through news of devastating climactic events The exhibition offers another perspective by providing visitors an opportunity to experience the majesty of sublime landscapes that have inspired artists, writers, and naturalists for more than two hundred years. Interweaving science, history and art, and highlighting their historical interrelationships, the exhibition encourages audiences to value the preservation of alpine and polar environments for the well-being of both nature and culture. Through this exhibition, visitors will begin to appreciate how strongly embedded these regions are in our collective consciousness

Comprised of 70 works of art, Vanishing Ice will unfold thematically and chronologically, tracing the visual impact of glaciers, icebergs, and fields of ice – unique and often fantastic formations – on artists’ imaginations. International in scope, the exhibition features artists from Australia, Canada, Finland, France, Germany, Great Britain, New Zealand, Norway, Peru, Russia, Switzerland, and the United States. It will examine the connections among generations of artists as they sought to understand and interpret the color, light, and structure of ice. Through their magical landscapes, visitors will vicariously experience the blue-green hues and extraordinary shapes of another world.

The confluence of art, science and public education is one of the major themes of the exhibition. In their quest to discover new pictorial motifs, the artist-as-explorer contributed to a greater understanding of the Earth. In the wake of the large number of voyages launched during the nineteenth century, images of alpine and polar landscapes helped popularize revolutionary scientific discoveries and theories in natural history, including the concept of an Ice Age concomitant with a vision of the planet’s ancient origins. Works of art by artists such as Jean-Antoine Linck (Swiss, 1766-1843) and Louis Lebreton (French, 1818–1866) appeared in scientific publications, expeditionary atlases, travelogues, popular magazines, and exhibitions. Today, these early landscapes continue to play a major role in science by helping climatologists measure the retreat of glaciers over the centuries.

A growing number of artists are once again journeying to alpine mountain ranges and the Poles, the most salient indicators of climate change, to document the effects of global warming. The fate of retreating glaciers have been presented by many photographers, including Gary Braasch, David Breashears, and Eirik Johnson who compare their views of the Rocky Mountains, Himalayas, and Andes with historical photographs, which will also be highlighted in the exhibition. Parallel to the nineteenth-century artists’ close relationship to natural history, their images appear in a wide range of venues, including books and exhibitions, helping to visualize the dramatic effects forecast by climate scientists.

Like their nineteenth and early-twentieth century counterparts, many artists are joining government-sponsored expeditions. The US National Science Foundation provides opportunities for artists as diverse as Eliot Porter and Camille Seaman to spend time in Antarctica as a way to increase awareness of polar research. Many artists, in the spirit of Frederic Edwin Church and William Bradford, have organized their own expeditions. Since 2007, artist David Buckland has been coordinating Arctic explorations composed of artists, scientists, musicians, and writers through the Cape Farewell Project, underscoring the expanded role of the artist-activist in publicizing climate change. Seventy artists have participated to date, including Paul D. Miller/DJ Spooky, whose work will also be featured in the exhibition along with video documentation of Cape Farewell’s inaugural expedition.

Vanishing Ice will reveal the transformative power of art in shaping the public’s perception of these starkly beautiful environments. Beginning in the eighteenth century, writers and painters, such as Francois-August Biard (French, 1799–1882), and Frederic Edwin Church (American, 1826–1900) contributed to a new appreciation of alpine and polar landscapes, which were once regarded with fear and now experienced on a heightened, emotional level. This quality, described as the Sublime, intersected with spirituality and was one of the defining aspects of a culture in the throes of rapid industrialization. Polar ice and glaciated mountains became metaphors for both the control of nature and correspondingly lack of control, freedom, nationalism, and more recently climate change.

While showcasing the art, Vanishing Ice will present layers of information through illustrated text panels, graphs, maps and a multi-disciplinary time line featuring milestones in art, literature, science, exploration, and mountaineering, which will help visitors grasp the history of alpine and polar regions and their significance for Western culture. An introductory video, produced by the City of Bellingham’s TV10, will be aired in the gallery and broadcast on the cable channel. Quotes by artists, scientists, writers, and explorers will be strategically placed throughout the galleries to augment the key ideas and messages of the exhibition. The exhibition will feature interpretive graphics for understanding why the Arctic, Antarctica, and glaciers are so critical for maintaining a balanced, planetary ecosystem and suggest what individuals and communities can do to help mitigate global warming.

Additional components of the exhibition include: a 162-page catalogue, published by the University of Washington Press and a web site.