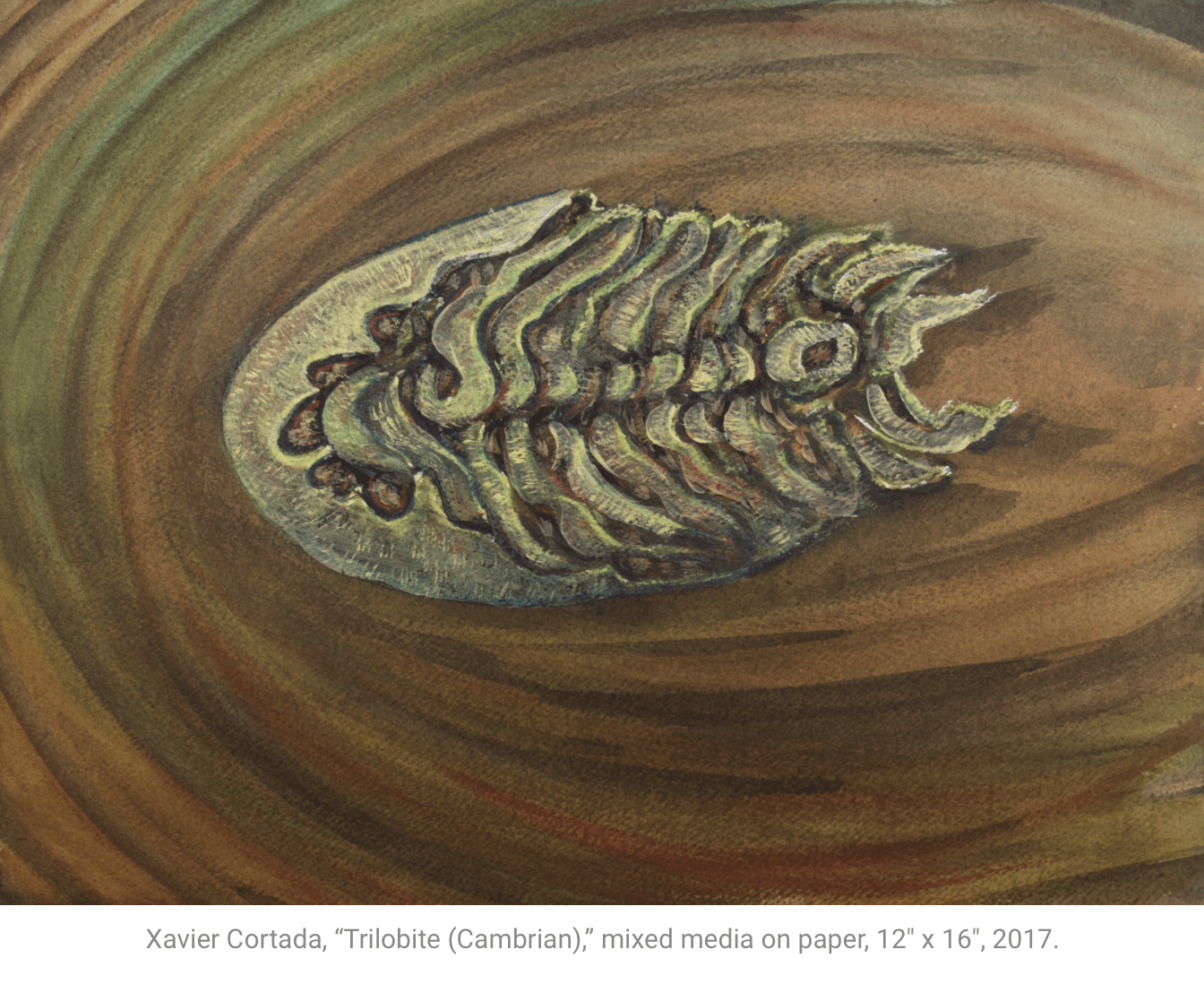 You are cordially invited to

a solo show by

This exhibit is part of Artistree’s Cuban Cultural Festival on July 14th.

With half of Earth’s species now facing the risk of extinction, Xavier Cortada’s EPOCH exhibition examines life forms from the past 540 million years and invites the viewer to ponder what future life forms may look like on Planet Earth. This is a relevant conversation, since our species has a huge role in determining the outcome. Indeed, we are the cause of the Sixth Mass Extinction currently underway.

A decade ago, Cortada launched his Endangered World project at the South Pole to bring awareness to the plights of endangered species at every point in the world above.  The project has addressed global biodiversity loss through art installations at the South Pole (2007), North Pole (2008), Holland (2009) and Biscayne National Park (2010) and through online participatory art projects (www.cortadaprojects.org/archives/endangeredworld).