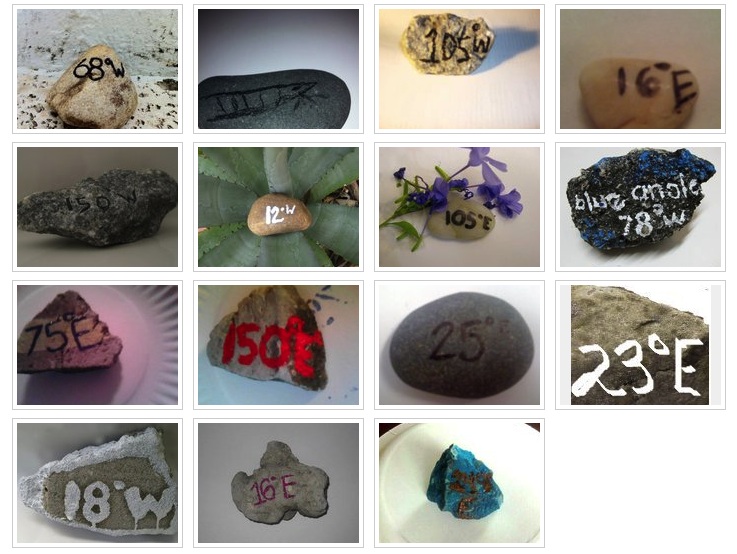 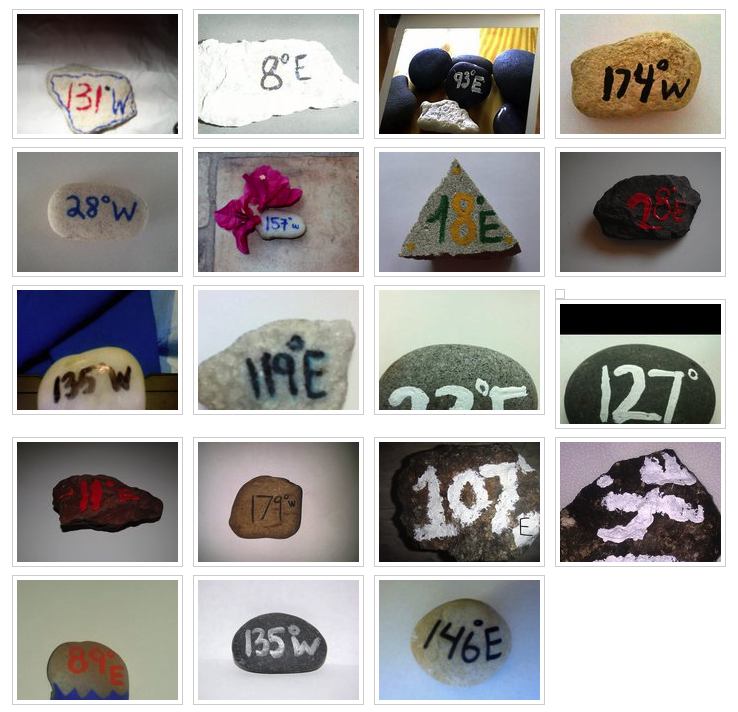 Although we are using stones to build it, our Endangered World:  Life Wall is a different kind of sculpture than the one I built in Holland.. I see this one primarily as a “social sculpture” –a term coined by artist Joseph Beuys (“every one is an artist”). The wall is erected as every participant artist performs an eco-action on behalf of an endangered animal living along one of Earth’s 360 longitudes.

This is not to say that our Life Wall cannot also have a physicality. The wall is, after all, made of stones — each hand-pained by the participant with the longitude where their “adopted” animal struggles for survival.

Our wall isn’t vertical, though.  The stones — placed in conspicuous locations (e.g., on top of a desk or night stand) as a daily reminders of the eco-action pledged by participants on behalf of their endangered species — lie flat on a plane across South Florida.  And beyond.  Indeed, the Life Wall is as large as the farthest distance (think globally) between the two closest stones.

Much like electrons are contained in an atom, I envision our stones are held together as a “wall” across these vast distances by the force of each participant’s eco-actions.  The more participants engage in sustainable practices, the stronger the bond.

The stronger our Life Wall. 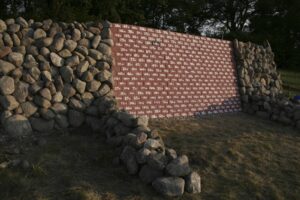 Xavier Cortada’s “Endangererd World: Life Wall” is an eco-art project he launched at the Hunebed Center in the Netherlands’ Drenthe Province.

On a found stone, participants paint the longitude of the animal they’ve adopted.  They keep their marked stone in a conspicuous place (e.g., a paperweight on your desk) as a daily reminder of the sustainable practice they’ve promised to engage in support of their adopted animal.  (See  participants’ photos)

Special thanks to Gretchen Scharnagl and Artistic Expression in a Global Society, a foundational global learning course she co-teaches at Florida International University.