Anthroposcene: Art and Nature in a Manufactured Era 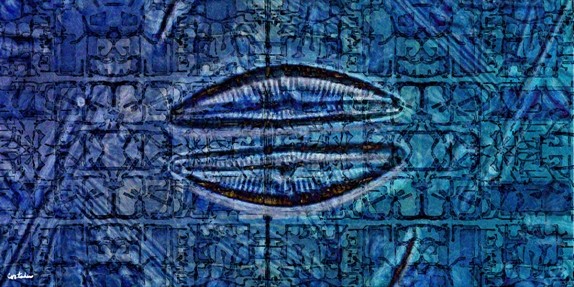 Recognizing the major impact of human industry on Earth’s ecosystems, American biologist Eugene Stoermer coined the word “anthropocene” in the 1980s. The term was popularized in 2000 when Nobel prize-winning atmospheric chemist Paul Crutzen argued that the massive alterations to the globe that began in the late 1700s constituted a new geological epoch. Scientists currently debate whether this epoch should be recognized, but there is no doubt that, should humans vanish, clear geological signs of our presence would surely remain.

AnthropoScene is a multi-faceted exhibition that features 12 artists who engage with the environment and environmental themes in multiple mediums, including video, sculpture, photography, painting, organic materials, and found objects. Deborah Mitchell, Executive Director of AIRIE and curator of the exhibition, says “It is important to expose the community to the interpretation of artists whose work addresses the vast concept of an anthropogenic era. When science and art collide an exciting atmosphere emerges which inspires discovery and growth. This project is set apart from other exhibitions due to the dynamic workshop offered by these innovative thinkers.”

Cortada will exhibit his digital work, “Diatom.” Using a microscope, Cortada captured the image of a diatom from samples used by scientists at FIU’s Florida Coastal Everglades LTER (Long Term Ecological Research) to study the ecology of the Everglades and sea level rise.  Diatoms are water-bound, single-celled symmetrical organisms encapsulated in silica.  They harness the power of the sun to create oxygen and are responsible for generating for 1/3 of the air we breathe. In the art, Cortada’s diatoms hover over a layer of images (Cortada captured using Google maps) showing the artificial canals and lakes created to develop parcels of developable land where the River of Grass once flowed.

Other artists include Daniel Dickinson, whose installation, “Wind-Chime,” uses instrumentation to generate a wind-modulated sound palette; poet Brenna Dixon, a native Floridian whose work engages with the state’s ecosystems; Daniel Dugas and Valerie LeBlanc, whose video “Flow: Big Waters,” meditates upon the ongoing impacts of passing human populations on the natural environment of the Everglades; Felice Grodin and Noel Palacios, whose work currently experiments with synthetic samplings of patterns that are reversed and fossilized in a transparent material. Lucinda Linderman, with a background in biology, reclaims industrial materials in her biomorphic sculptures; Deborah Mitchell’s installation explores the sense of place that humans have claimed in the Everglades and their effect on nature with “Migration and Rising Seas”. Photographer and essayist Susan Silas’s piece, “The Specimen Drawer,” reflects on the Nature/Culture dichotomy with images taken at the South Florida Collections Management Center, while Skip Snow’s maps of urban walks layer native and imaginary species over the built environment. Keith Waddington’s recent paintings, photographs, and video works “ask” participants to reflect on the perception of their surrounding space and their beliefs on minor and major concepts, theories, and issues of our time.

There will be a related panel discussion and workshops on March 4th, 2015.