“Bridging the Gap” on exhibit at the Coral Gables museum 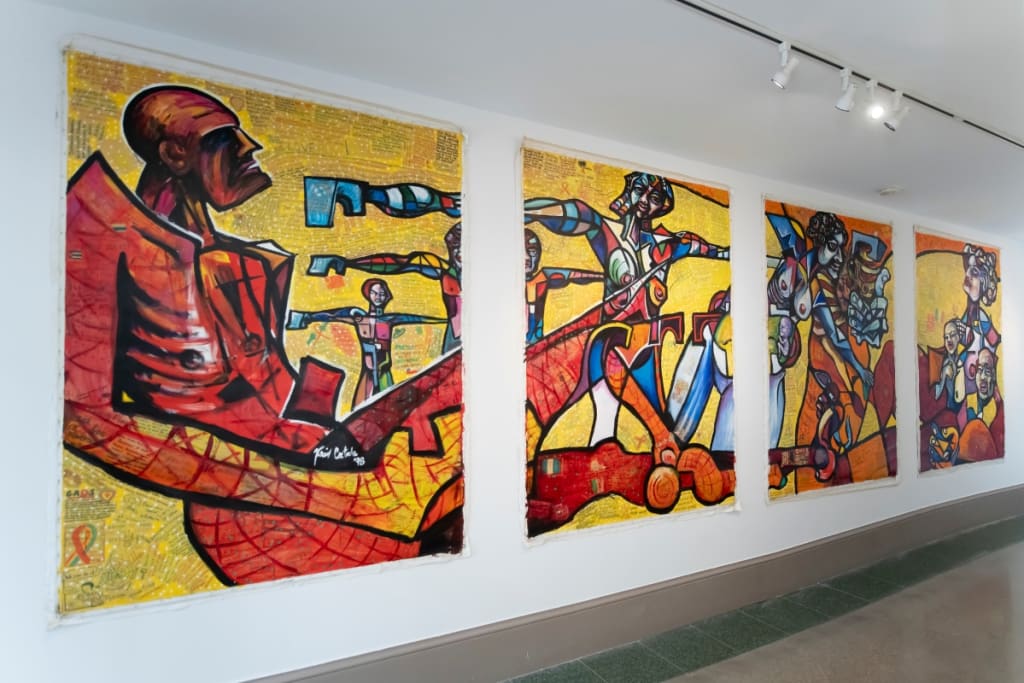 A Matter of Time: Examining Forty Years of AIDS while living through a pandemic

Florida International UniversityLife-altering events are a matter of time. In the summer of 1981, the Center for Disease Control (CDC) published the first reports of five young gay men in Los Angeles with respiratory complications and other infectious diseases; two had already died. Later, the world would know the disease as AIDS, or Acquired Immune Deficiency Syndrome. Over 75 million people worldwide were infected with HIV in a matter of time, and over 33 million have died since the beginning of the epidemic.

The Coral Gables Museum is proud to host A Matter of Time: Examining Forty Years of AIDS while living through a pandemic. The show gathers historical information on the emergence and development of AIDS, forty years after the first reported case. Taking over three galleries of the Coral Gables Museum, a myriad of objects, documents, ephemera, and major artworks in different disciplines help trace American and Miami-related stories of those who succumbed to the disease, and those who survived; from famous to ordinary people; from patients to family and friends; to caretakers. We will display parts of the AIDS Memorial Quilt and tell more about the lives of those lost. The show explores many different subjects and will include virtual and on-site exhibits. Between April 2 and July 18, 2021, we will facilitate many different conversations with community partners about science, public health, art and culture and other relevant topics.

While the show recognizes the forty (40) years of AIDS, we must remember we are examining this from the perspective of people living through a pandemic. Just like the AIDS epidemic 40 years before, the world heard about an outbreak of acute respiratory illness caused by a novel coronavirus (2019-nCoV) in Wuhan, China, in December 2019. In a matter of time, the COVID-19 pandemic had circled the globe infecting 96 million worldwide, resulting in over 2 million deaths during the first year of the pandemic while altering the lives of everyone on the planet. Both diseases impacted the world and modified lives permanently.

The title of the show refers not only to the role of time and timing in a pandemic, but also remaining positive, hopeful and optimistic. In addition, it alludes and pays homage to artist Felix Gonzalez-Torres’ work “Untitled” (It’s Just a Matter of Time) (1992) on the 25th anniversary of his death from AIDS in Miami. Other creative spirits included in the show are Keith Haring, Alvin Ailey, Carlos Alfonso, and Pedro Zamora.

Xavier Cortada’s Bridging the Gap message mural will be on display during this exhibit.

ABOVE: “Bridging the Gap,” Cortada’s 1998 mural created with participants of the 12th International AIDS Conference in Geneva, is on display at the Coral Gables Museum through July 18, 2021.