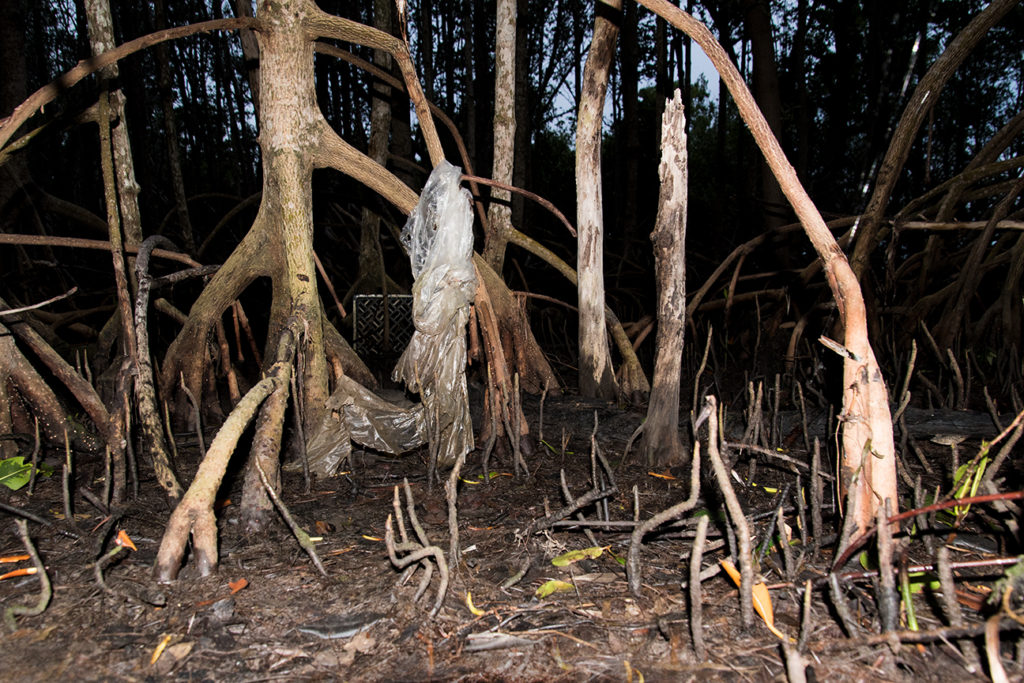 Few organisms rival the mangrove’s ability to fill so many diverse roles. They help combat erosion and storm-surge, remove large amounts of carbon from the atmosphere, and serve as a breeding ground and nursery for countless animals. Mangroves fall victim to development as their habitats are replaced by man-made barriers such as sprawling sea-walls and rising condos.

In 2006, Xavier Cortada launched The Reclamation Project, a participatory eco-art project that has engaged thousands of volunteers in the planting of over eight acres of mangroves on Biscayne Bay. Cortada displays mangrove paintings he created a decade ago as he innovated his environmental art practice.

Informed by his studies at the University of Miami Department of Biology, Josh Liberman has photographed elements of nature across five continents. In “Mangroves”, he focuses on South Florida’s shrinking wetlands, capturing the remnants of an ecosystem that used to hug the entire coastline.

Meet Cortada and Liberman along with the artists of the Miami River Show in the Hibiscus Gallery  at 12:30 pm on January 21st, 2018 for the opening of the exhibition. 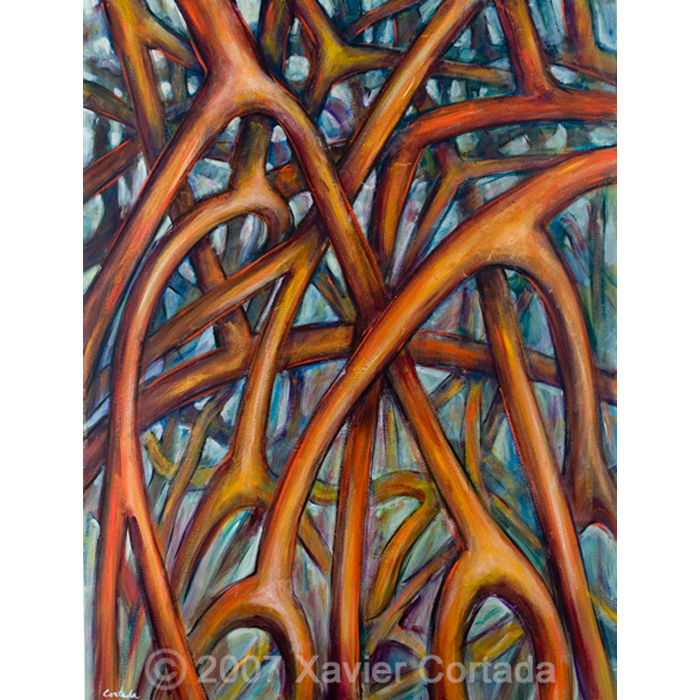 Xavier Cortada’s engaged science-art practice is based at FIU School of Environment, Arts and Society and the College of Communication, Architecture + The Arts.  Cortada often engages scientists in his art-making: At CERN, Cortada and a particle physicist created a permanent digital-art piece to celebrate the Higgs boson discovery. Cortada has worked with scientists at Hubbard Brook LTER on a water cycle visualization project driven by real-time data collected at a watershed in New Hampshire’s White Mountains. He has collaborated with a population geneticist to explore our ancestral journeys out of Africa 60,000-years ago, with a molecular biologist to synthesize a DNA strand from a sequence 400 museum visitors randomly generated, and with botanists to develop multi-year participatory eco-art eff orts to reforest mangroves, native trees and wildflowers across Florida.

Learn more about his work at www.cortada.com.

Josh Liberman is a photographer whose roots lie in the outdoors.  He was raised in Melbourne, FL, where he developed an early fascination and love for the sea and the natural world. He studied Biology at the University of Miami and has since been building an impressive portfolio of natural elements around the world.

Liberman works with a variety of conservation-minded brands and organizations.  His work has been featured by Discovery Channel, The Smithsonian, Thrillist, and many more.  He currently serves as staff photographer for the University of Miami Shark Research and Conservation lab.

Learn more about his work at www.joshliberman.com.