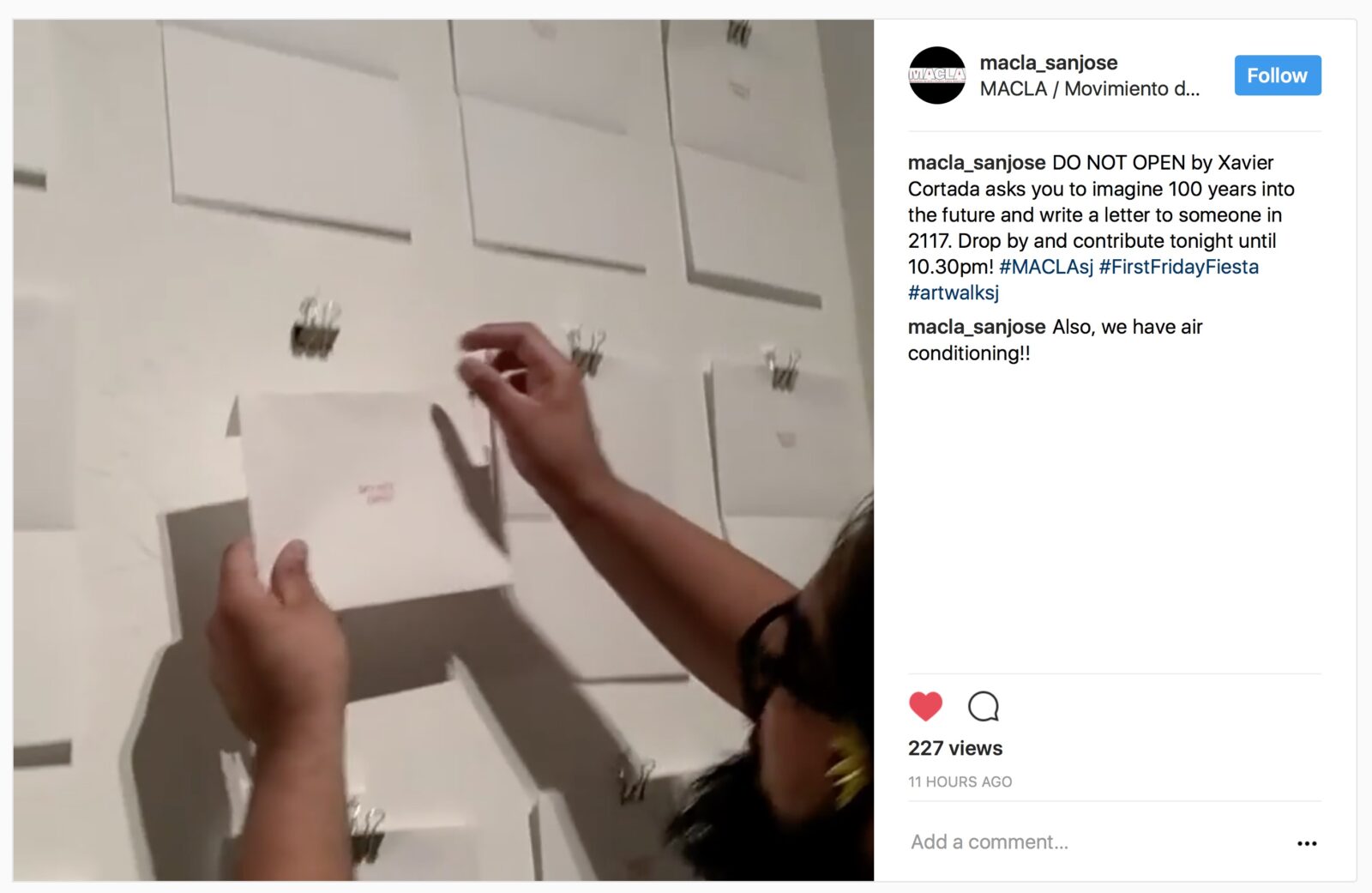 In “DO NOT OPEN,” I ask residents of San José to write letters to the future. I do so because, today, many of their neighbors aren’t willing to listen. Today, too many are in denial about the human impact on global climate change. For many, denial comes easier than visualizing the future impact of rising seas on their community. Our words fall on deaf ears.

So, instead, we must write it all down, keep it in a safe place, and share it later, when others are willing to listen.

Although the letters are intended for people not yet born, the true audience is those breathing in the present.

Sure, the future will be curious.
The future will read our letters and want to know why we couldn’t show restraint when facing insurmountable evidence of our role in creating this global crisis.

The future will be incredulous.
In 2117, our great-grandchildren will read the words we wrote them and want to understand why we didn’t do more when so much—everything– was at stake.

The future will be furious.
A century from now, San José will read what we penned and want to know how, on our watch, ecosystems collapsed, biodiversity plummeted and so much of humanity suffered.

The future will benefit from insights, but “DO NOT OPEN” isn’t for them. It’s not about them. It’s about us.

Being able to connect with our progeny raises the stakes for us now in 2017. It lengthens the “care horizon” beyond our lifetime. It provides a path to hope, purpose. It encourages us to do all we can now to protect our planet, its future generations and the animals we coevolved with. 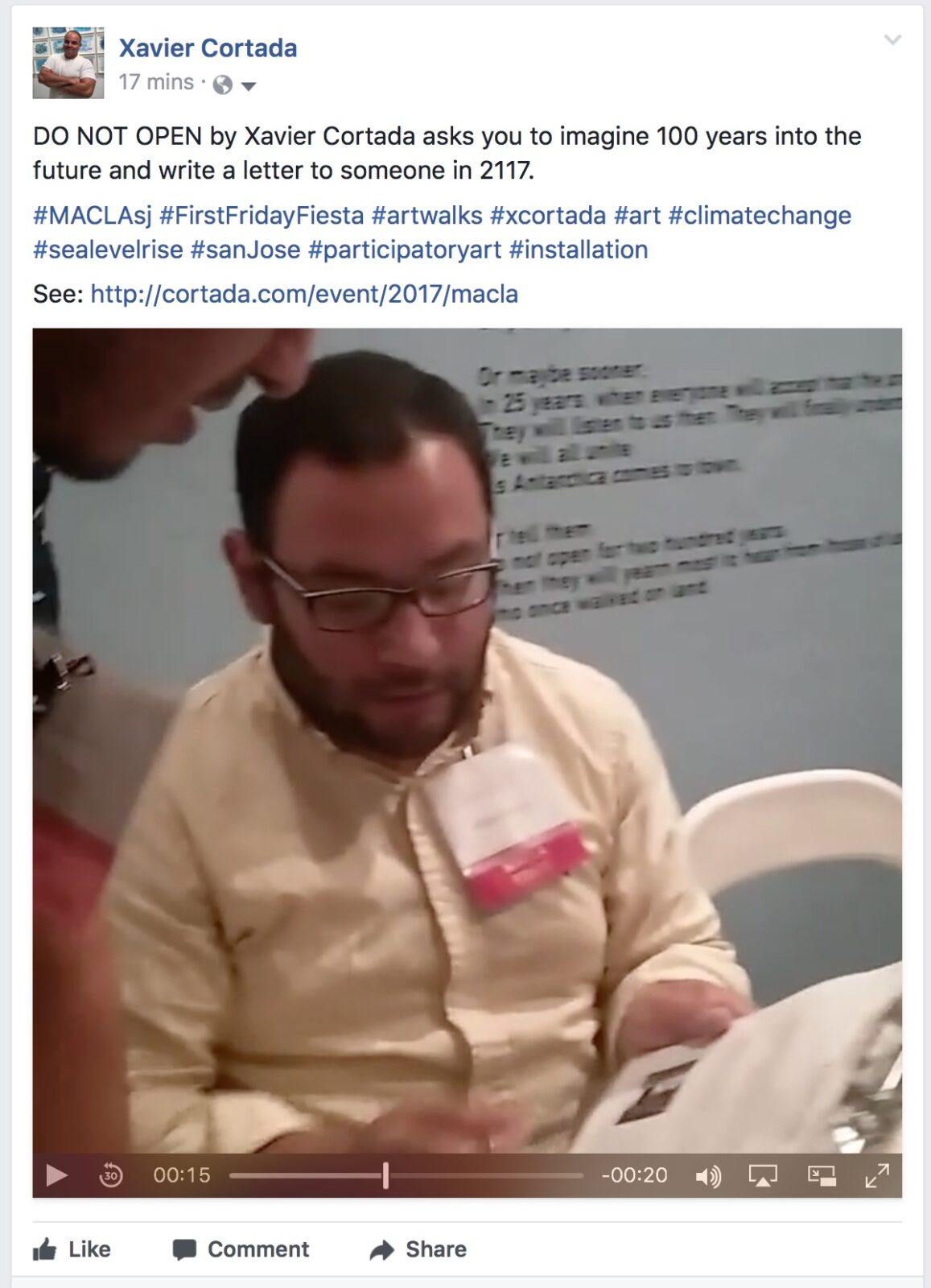 During the opening Temperature Check exhibition, MACLA invites attendees to participate in Cortada’s “DO NOT OPEN” performance.

Walk up to the “DO NOT OPEN” wall in the MACLA Temperature Check
Close your eyes: Imagine San José 100 years in the future. Imagine the people living here then. Imagine how rising seas will impact the city and those who will live here then.
Think about what you would like them to know. Think about what someone living in San José in 2117 would want to hear from someone living here in 2017.
Unclip a piece of blank paper and envelope from the “DO NOT OPEN” wall and use a pencil to write it all down:

Fold your handwritten letter in two, kiss it, place it inside the envelope and seal it. Sign and date the back of your envelope and write the words:
“DO NOT OPEN until 2117”
Clip the sealed envelope to the “DO NOT OPEN” wall with the handwritten words facing out.
Stare at your envelope for 100 seconds. Visualize the changes rising seas will bring over each of the next 100 years. Think of how your words will be received in San José in 2117.
Walk away.