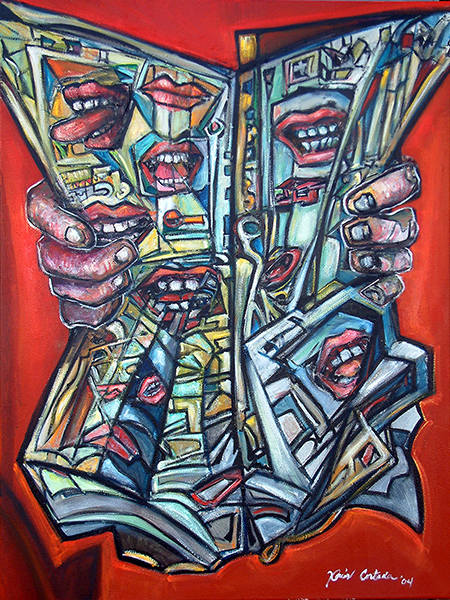 In 2000, I accompanied my Dad on a trip to Cuba to see family members.  I was able to bring my grandfather photos of his siblings — he hadn’t seen them since he fled the Communist island in the 1960s.  My grandfather’s life ended the year after my trip, as did the life of a sister and brothers I had visited.  Unlike them, he lived in an open society and died a free man.

I remember wanting to stay with family during my trip but being denied.  I could only stay in state-sponsored housing.  The appeal was lost at some Interior Ministry office in the provincial capital of Camaguey.

We had taken a long ride in a crappy car to get there, and I needed to defecate.  I remember interrupting my meeting with the Cuban official, asking to use his bathroom.  He obliged, but told me they had no toilet paper, and offered me a few sheets of Granma newspaper.  The official newspaper of a regime that has never met a First Amendment right it liked.

The stuff of the First Amendment is poison to totalitarian regimes.  Free exchange of ideas and a free press belittle state propaganda.  Even the smallest concession to independent journalists can tinker with the apparatus of state control.  That is why the only information Cubans on the island can receive comes from state-run radio, state-run television, and state-run newspapers.  Anything that state does not control is illegal.

In Miami Herald Publishing Company v. Tornillo, 418 U.S. 241 (1974), the Court threw out a 1913 state statute that forced newspapers to give equal Opinion page space to any political candidate who it had criticized.  This concession thwarted the paper’s free expression: Having the State tell someone what to print is the same as telling them what not to print.

Because statute tinkered with the apparatus of a free press, it was relegated to toilet paper status.