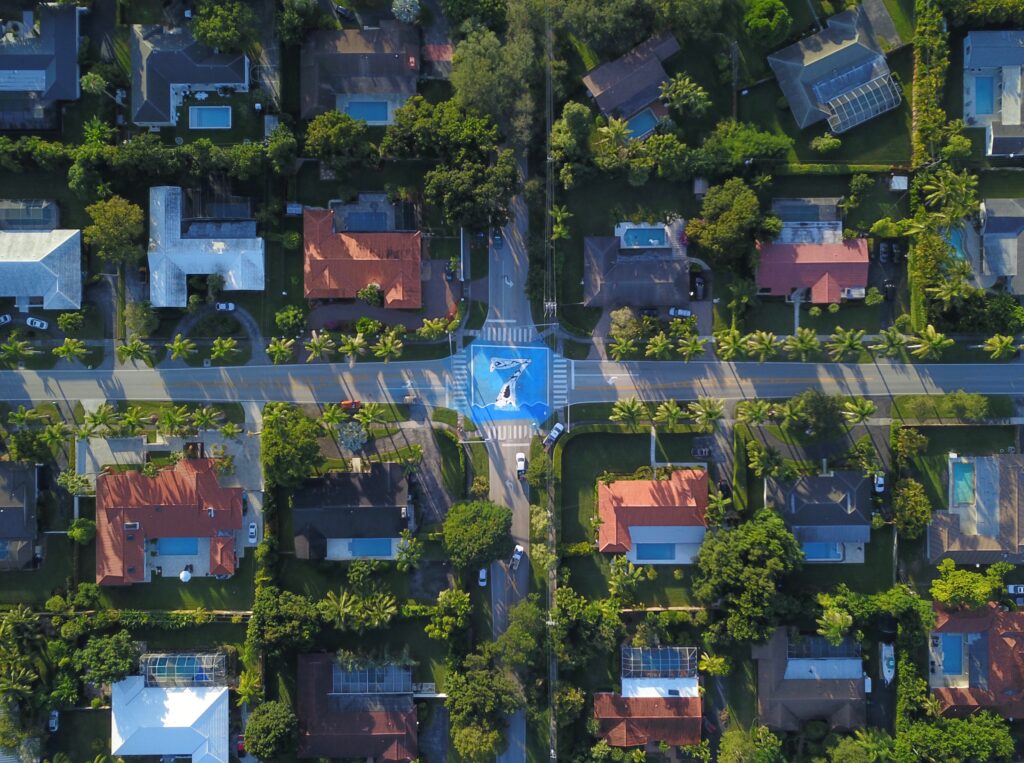 Cortada recruited art students from four local high schools to help him paint “Elevation Drive,” Underwater markers at four major intersections along a 2.5-mile stretch of Killian Drive (the Village of Pinecrest’s main thoroughfare). These painted intersections, coupled with Underwater markers in residents’ front yards, made the issue of climate change impossible to ignore for the residents of Pinecrest. As they would drive along the road from east to west, traveling inland and away from the Atlantic Ocean, most would expect to gradually move to higher ground that is less vulnerable to rising seas. However after learning what the ambiguous numbers meant via the broader “Underwater HOA” effort, many were surprised to find intersections further west with lower numbers than some closer to the coast – a discovery revealing that Pinecrest lies on a ridge and that those living west of the ridge were actually more vulnerable to sea level rise than some of their neighbors closer to the bay.