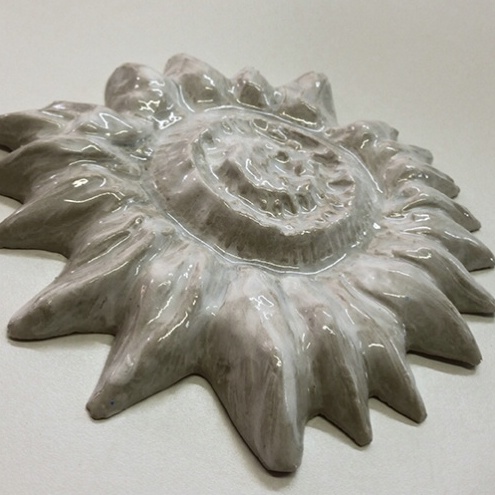 On December 31, 2013, Secretary of State Ken Detzner closed the Viva Florida 500 statewide time capsule, to be opened again in 2095.

The Florida Department of State reached out to representatives in each of Florida’s 67 counties, including Viva Florida 500 partners, to submit an item or a photograph reflecting the theme “Life in Florida in 2013.” Items were also included from the state’s leadership, including Governor Rick Scott, Attorney General Pam Bondi, Chief Financial Officer Jeff Atwater, Commissioner of Agriculture Adam Putnam, President of the Senate Don Gaetz and Speaker of the House Will Weatherford.

Cortada served as the representative for Miami-Dade, including one of his 500 porcelain flowers – a coreopsis (the state’s wildflower) – from the “500” exhibit at Biscayne Nature Center in Key Biscayne, FL and a postcard about the exhibit as part of FLOR500. In 1513, Ponce de Leon was the first European to land on Key Biscayne. He named it Santa Maria.

On December 31, 2013 the statewide time capsule was sealed at the R.A. Gray Building in Tallahassee. The time capsule will be displayed until March 2, 2095 when Florida will mark the 250th anniversary of statehood.