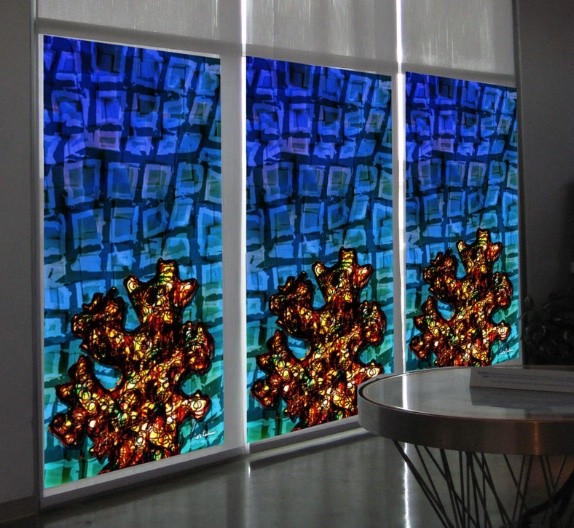 “The Coral Eco-art Project,” is a Hawaii-specific participatory eco-art project Cortada was commissioned to create for the Bishop Museum during his residency sponsored by ECHO. The museum will use the art project to teach local students in the various islands about climate change and engage them in actions that lower their carbon foot print. Each student will develop their own eco-action to help reduce green house gases, reduce ocean acidification and help Hawaii’s coral reefs grow. 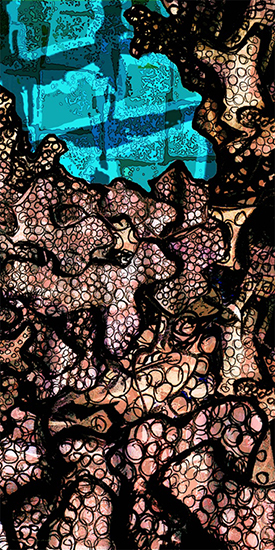 Xavier Cortada was commissioned by ECHO (Education through Cultural and Historic Organizations) to create “The Coral Eco-art Project” during his March 2010 residency at the Bishop Museum.

The piece was inspired by Cortada’s visit to University of Hawaii Professor Ku’ulei Rodger’s lab in Coconut Island where the artist saw her researchers conducting experiments on the survival rates of freezing of coral.  In the lab were pools filled with samples resting on square blocks; they were being tested to see which specimens would survive and make it into a “Coral Bank.” Future generations could thaw Dr. Roger’s specimens and use them to reharvest Hawaii’s coast after ocean acidification and an increase in ocean temperature due to climate change has depleted them of all live coral, reef systems and the ecosystems that rely on them.

The work Cortada developed aimed at engaging Hawaiians in present-day actions that would have a direct effect in preserving coral.  Through this Hawaii-specific participatory eco-art project, the Bishop Museum would teach local students across the various islands about climate change and encourage them to engage in actions that would lower their carbon foot print.  Through the art-making process, each student is encouraged to develop their own eco-action to help reduce green house gases, reduce ocean acidification, and in so doing help Hawaii’s coral reefs grow.  Each participant and their action is represented by a polyp that is added to the three banners Cortada created for the museum (using color, students will write their name or initials and/or eco-actions inside the circles/polyps).