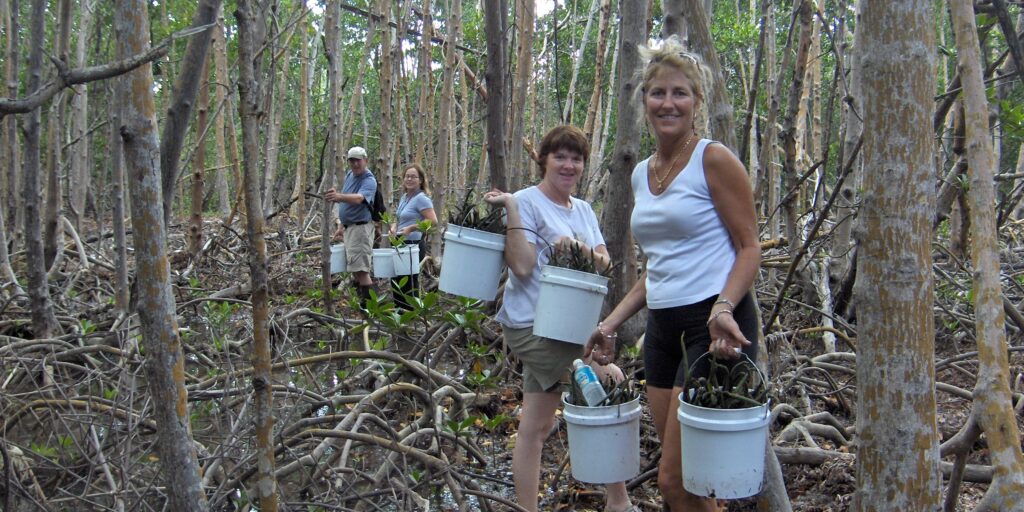 Why should we protect mangroves?

Mangroves provide a variety of services to humans and ecosystems alike. They help to stabilize Florida’s coastline and protect it from erosion, provide nearby populated areas with natural protection from storm surge, improve the water quality flowing from rivers and streams into the ocean, function as estuarine habitats and shelter to wildlife, and perhaps most importantly, capture and store carbon dioxide emissions and other greenhouse gasses in their soils for millions of years.

Unfortunately, the mangrove is under threat. Human activities such as dredging, filling, water pollution and development are causing an exponential decline of critically important mangrove forests. Not only does this threaten biodiversity in Florida coastal ecosystems, it impacts nature experiences and tourism, the economy, and the ability for locals to recover after hurricanes. Also, when mangrove forests are cleared, they release massive amounts of carbon dioxide into the atmosphere, contributing to climate change.

In Reclamation Project and its subsequent iterations in Native Flags, Underwater HOA, Plan(T), FLOR500 and Flower Force, Cortada encourages locals to restore native habitats as coastal cities like Miami plan for a future with rising seas. 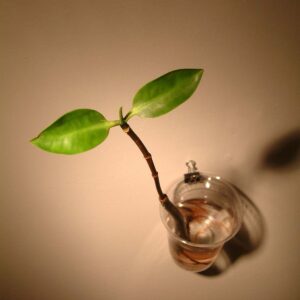 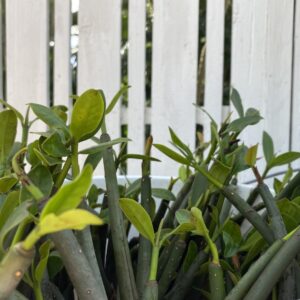