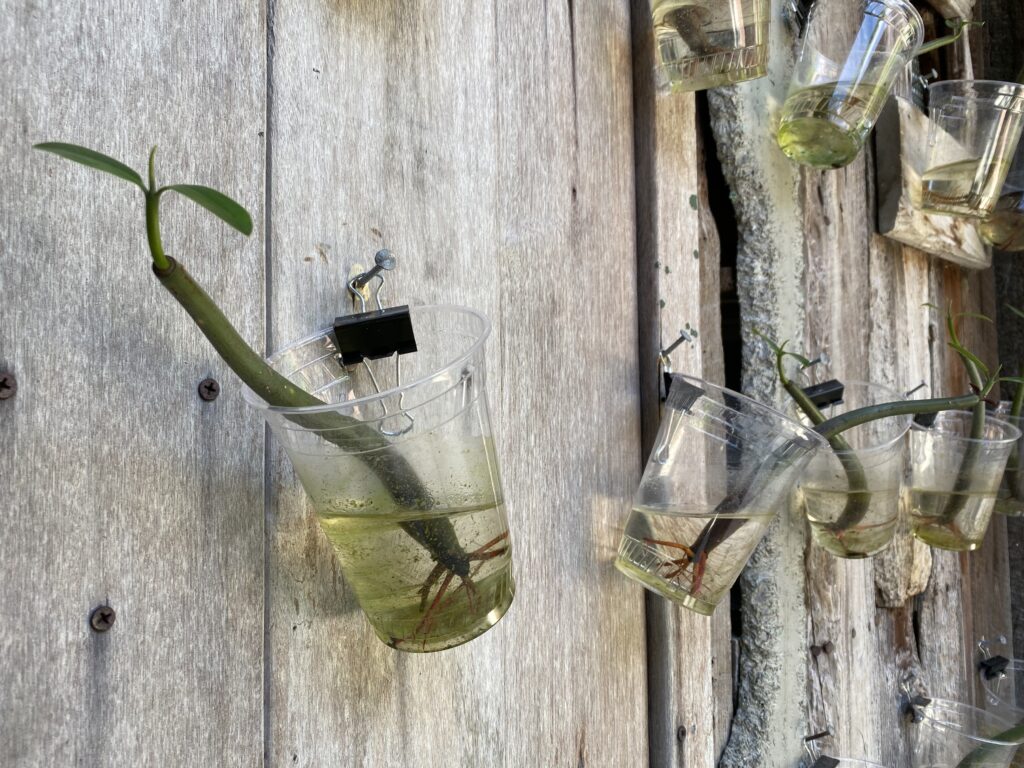 Xavier Cortada’s Reclamation Project is a collaborative eco-art intervention that rebuilds ecosystems above and below the waterline by reforesting South Florida’s coastline with mangroves. Mangrove seedlings “reclaim” urban spaces where they thrived a few decades ago by hanging in grids of water-filled cups on walls and windows throughout Miami-Dade County. These installations remind residents of how their cities looked before the concrete was poured in an effort to help the community better coexist with the natural world. The installations’ seedlings are later planted along Biscayne Bay where, since 2006, they have restored more than 10 acres of coastal habitat.

Xavier Cortada, “Florida Mangrove,” 55” x 116”, acrylic on canvas, (Commissioned by the Division of Cultural Affairs for exhibit in the Florida Capitol as part of the Governor’s 2003 Hispanic Heritage Month celebration), 2003.

The project is an on-going, community-driven, eco-art intervention first introduced in 2006. Mangroves began to appear as a central theme in Cortada’s work as early as 2003 with a series of commissioned mural-sized paintings, Florida Mangrove being notable for its inclusion in the Florida State Capitol Building.

While mangroves had been present in his work prior to the Reclamation Project, the destruction of mangrove forests across the Florida Keys in 2006 inspired Cortada to work directly with the plant in an effort to protect and reclaim the mangrove throughout South Florida. Originally initiated as a way of reforesting mangroves in the areas they had been displaced from, Cortada soon saw the impossibility of this plan as the young mangroves he wished to plant would not survive if planted at the original location. This led way to an evolution in the process, the Reclamation Project becoming an effort to raise awareness about the destruction of mangrove forests as well as taking action to reforest.

The Reclamation Project is varied in functionality, the entirety of the project being a culmination of different actions from community volunteers harvesting mangrove propagules to full exhibitions of the mangroves. This presents the project to be viewed as particularly activist in nature, there being a necessity of communal involvement as well as an actual impact being made.

The life cycle of the project begins with volunteers gathering propagules and then displaying them in installations across Miami, specifically a large portion lining the windows of Lincoln Road. Towards the end of the mangroves maturity, the installations are taken down and the propagules planted in a specific location chosen to provide the best living conditions for the mangroves, a recital of “I hereby reclaim this land for nature”, after the planting of each respective propagule. A large portion of the Reclamation Project was the educational aspect, as Cortada states, “all participants were educated to become “eco emissaries”— the volunteers, the propagules’ hosts, and, most importantly, the public encountering the propagules themselves.”

\With an initial exhibition at the Frost Science Museum in Miami with an installation of 1,111 propagules, the Reclamation Project inspired the creation of other socially-engaged programs such as MUVE, Museum Volunteers for the Environment. This allows for the Reclamation Project to be viewed as a form of socially engaged art, the intent of the project being coextensive with its social impact. 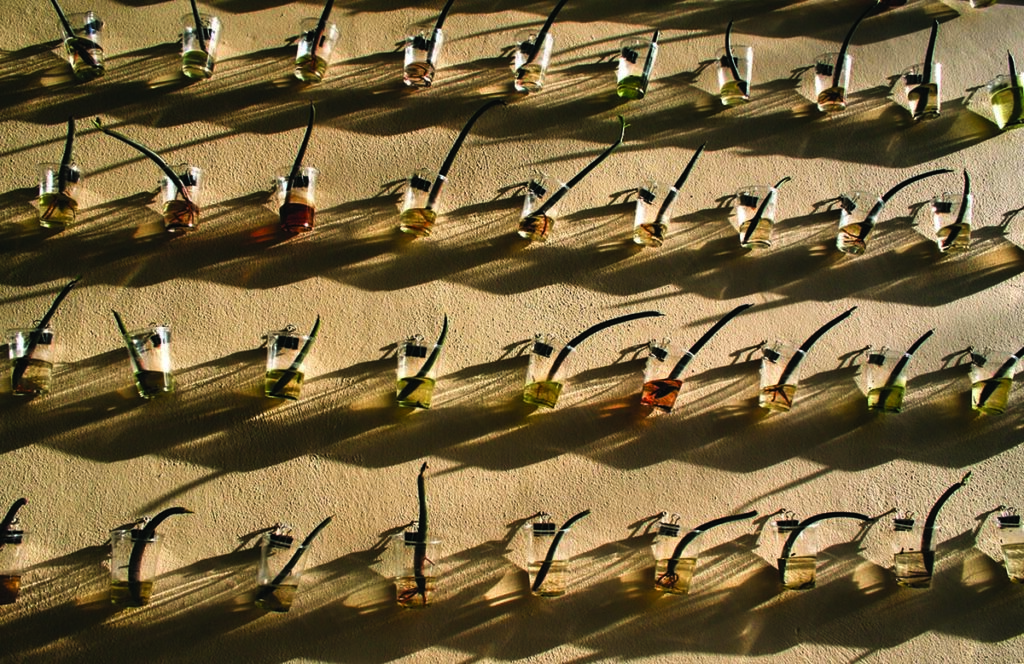 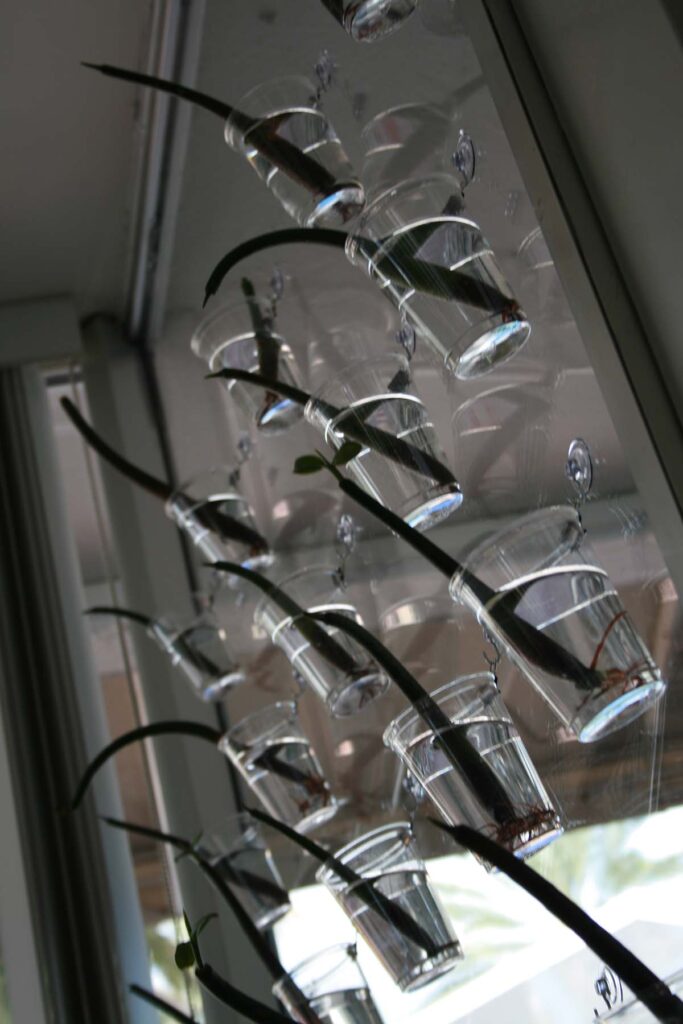 Working with volunteers to collect propagules and install them in grids of clear, water-filled cups in storefront windows, Cortada placed Reclamation Project along Lincoln Road, Alton Drive, and Ocean Drive in Miami Beach. As the propagules matured, they were returned to the water’s edge and planted ritually with volunteers repeating the phrase: “I hereby reclaim this place for nature.”

Aesthetically speaking, when one thinks of the Reclamation Project they would most likely visualize its exhibited form, that of the grid. Cortada saw the grid as contextually invigorating for a multitude of reasons; its relation to traditional art aesthetics as well as the dichotomy produced between the aesthetics of the grid and mangrove propagules. As Cortada notes, “The cups were intentionally placed in a grid format to juxtapose the organic, living material with the city block grid pattern. Placing them in storefront windows–hard edged rectangles, themselves–was immediately seized upon as not only geometrically appropriate, but also a great location, because the grids could be seen from both the street and the store interior, so it was likely that thousands of people would see them. The grid shape differentiated it enough, so it could be seen as–and called— “art.””.

The success of Reclamation Project is in large part due to community involvement and response. There is an obvious reliance on volunteers to allow for the initiation of this project, however the inclusion of the gird exhibitions allowed for Cortada to reach and engage with a broader audience.

Cortada credits art historian Mary Jo Aagerstoun, for helping him see that his intuitive use of the grid installation form in non-art settings echoed an aesthetic tactic of “making strange” developed by Bertolt Brecht nearly 100 years ago.

The mangrove installations usage of these traditional aesthetic tactics, such as the grid, present something intuitively ubiquitous, the mangrove, in an unfamiliar way. Coinciding with these exhibitions is the care and human attention required for the mangroves to survive. This offers a functionality of the Reclamation Project that is inherently temporal, its reliance on the growth of the mangroves to fulfill the project’s intent being an on-going process. With each successive mangrove that gets planted, the project grows, a feedback loop of continued social engagement.

“15 Years of Reclamation Project,” an exhibition at the University of Miami College of Arts and Sciences Wynwood Gallery, Professor of Practice Xavier Cortada presents his long-lived ecological art intervention across the state of Florida. Over the last quindecennial, Cortada has engaged scores of Floridians in learning about and addressing the widespread disappearance of native vegetation.

Learn more about the works inspired by Reclamation Project here

Learn more about the artist here 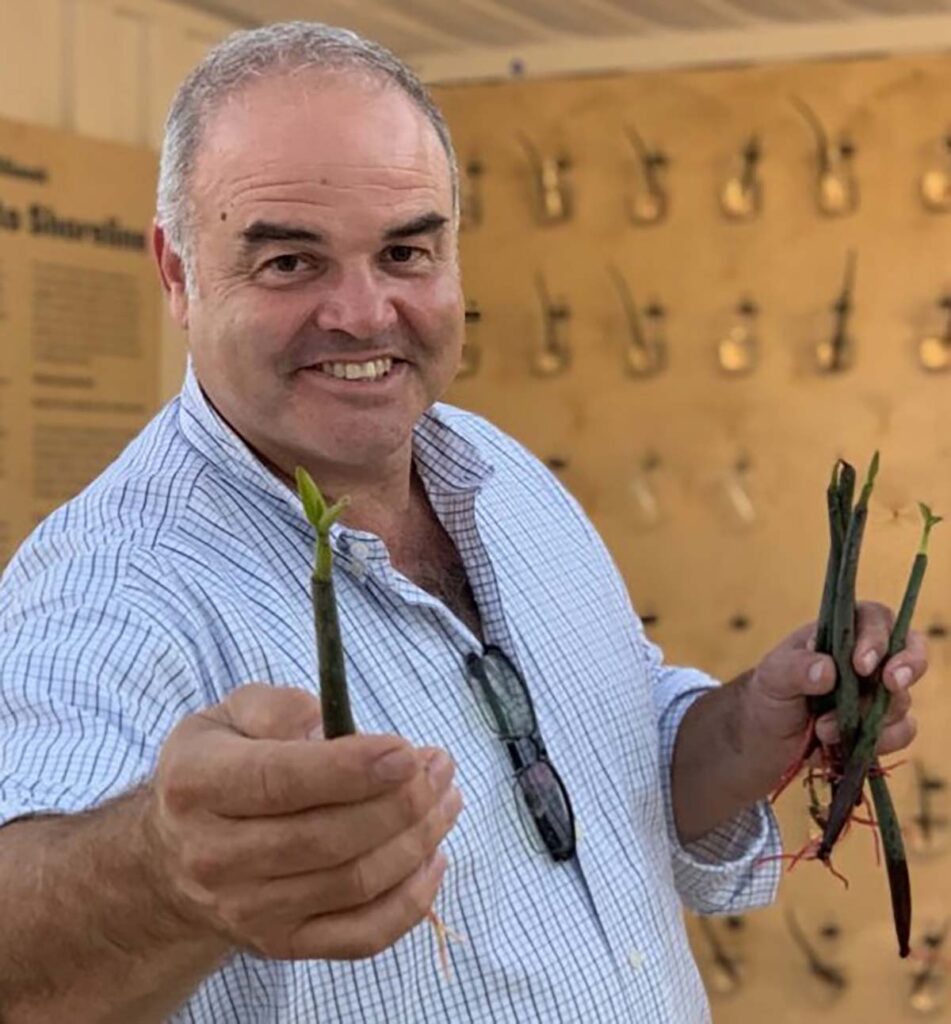