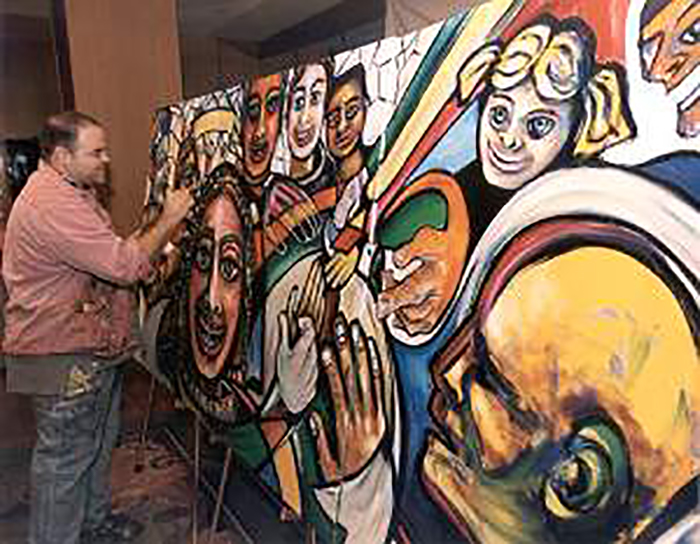 Leadership to Keep Children Alcohol Free, National Conference. This conference, sponsored by the National Institute on Alcohol Abuse and Alcoholism and The Robert Wood Johnson Foundation, and the National Institute of Health’s Offices of Research on Women’s Health and Research on Minority Health. It brought together Governors’ spouses, their staff, State Alcohol Directors, and experts in the field of prevention of alcohol use by children. On March 23-24, 2000, they collaborated with Xavier Cortada in the creation of a community mural in the Four Seasons Hotel, Washington, D.C.

At the right, Pennsylvania First Lady writes a message for the people of her home state. She was the first of the governor’s spouses present to dedicate the mural. Others included the First ladies of Florida, Idaho, Illinois, etc.

The mural is to travel to different state capitols where the Governors’ spouses will launch their respective campaigns. The first site was Pennsylvania on April 4, 2000. 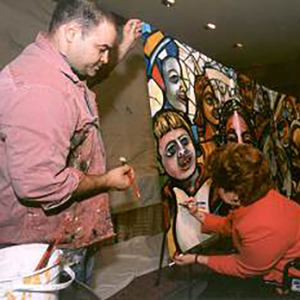