Miami Artist Xavier Cortada has worked with Mothers Against Drunk Driving in the creation of several murals to raise awareness about the nation’s most frequently committed violent crime and the No. 1 highway safety concern among Americans: Drunk driving.

In May 1997, during MADD National Youth Summit in Washington, D.C., young people from every congressional district in America participated in the creation of a mural to voice opinions about underage drinking. Throughout the Summit, the delegates–joined by dignitaries and political leaders–worked on a six-panel mural that captured collective and individual resolve on the six themes of the Summit:

The mural was unveiled at the steps of the US Capitol on Mothers Day 1997. National and international media covered the historic event. 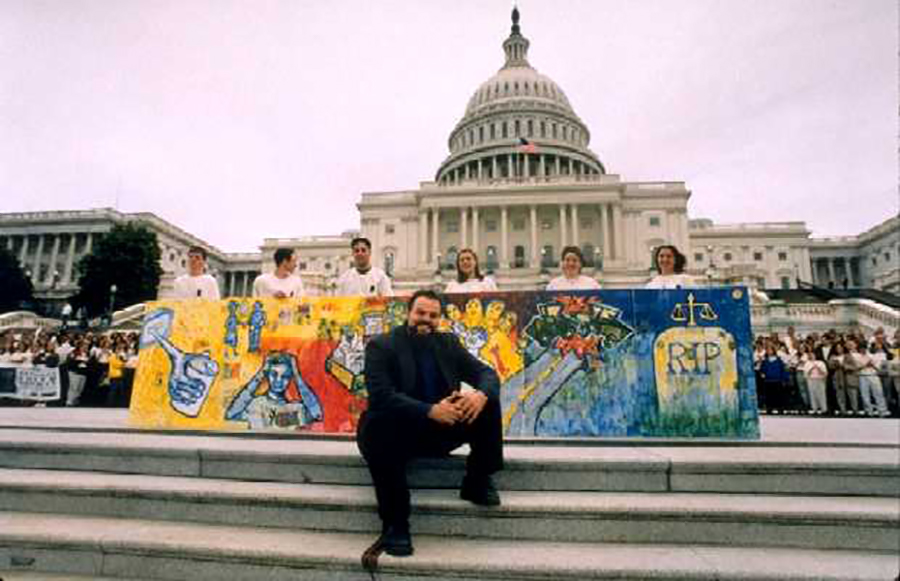 Xavier Cortada with youth from each of the 435 U.S. Congressional Districts dedicate their MADD National Youth Summit Mural on the steps of the Capitol Building on May 13th, 1997.