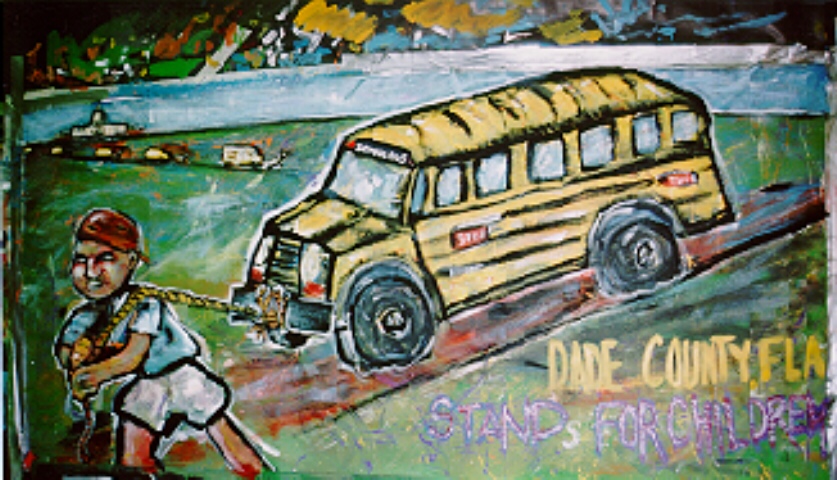 The Children’s Defense Fund convened a rally at the nation’s capital on June 1, 1996 where thousands of families gathered from across America to take a stand for their children’s future.

Dade County’s delegation arrived in Washington D.C. by bus, carrying the mural created by art students at Homestead High School. The mural, facilitated by Xavier Cortada, served as an educational exercise for the youth—most of whom are from immigrant families. The kids and their families would feel severe effects from proposed Congressional budget cuts.

The mural, sponsored by the Metropolitan Dade County Children’s Services Council, also served to deliver a social commentary and as a catalyst for action. It was unveiled at the rally right before families loaded onto their buses. The mural was carried around the Lincoln Memorial during the rally. 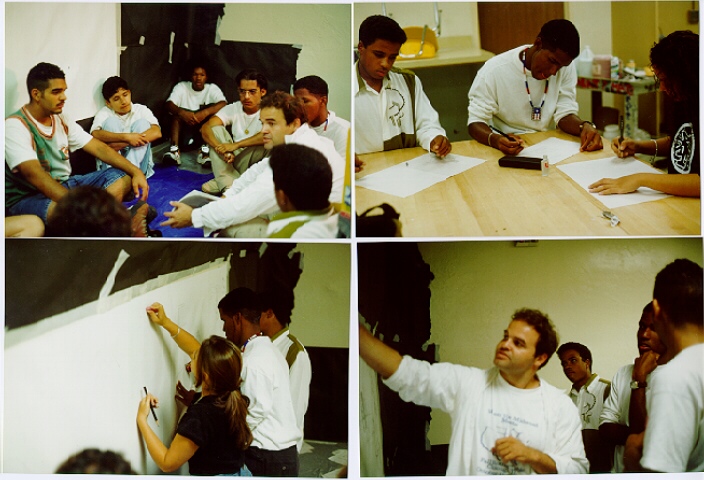