“Hope” at Miami Lighthouse for the Blind 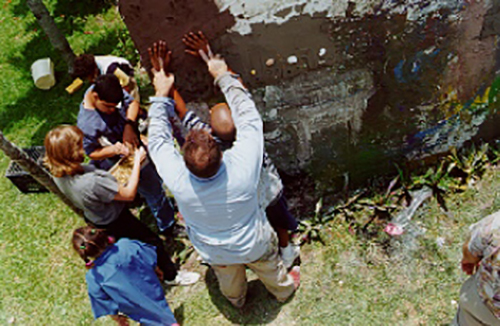 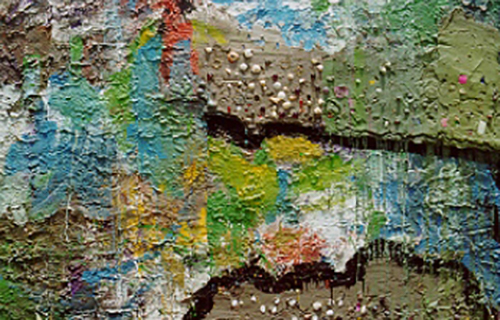 Miami, FL– On Monday, July 1, 1996, visually-impaired youth from the Little Havana-based Miami Lighthouse for the Blind will begin painting a mural. Xavier Cortada, a Miami artist, will be working with the kids and facilitating the creative process. The project will take two days to complete and will involve approximately 20 participants from the Lighthouse=s summer program.

Cortada, who is also an attorney and a life-long resident of Miami, has taken his art with a social message to four continents. He has used the creation of murals as a way to bring people together and discuss issues such as gang violence, discrimination, and poverty. “Art is a universal language that brings people together”, he says. “It serves as a mirror of the human condition.” Most recently Cortada has been involved in similar projects in Philadelphia and in South Dade.

“Providing those who can’t see with the opportunity to use this very visual medium to express themselves is a fascinating challenge.” The artist adds, “we’re going to be exploring alternatives to pure color. We will rely more on the other senses, using textures, sounds, and smells in this mural.” The children will be working with a wide range of materials, from buttons and aluminum foil to palm fronds and egg cartons.

Before starting the mural, Cortada will be blindfolded in a process called “Orientation & Mobility.” This is a technique that simulates the world of the visually-impaired and forces sighted individuals to utilize senses other than the visual to get around.

Cortada will then meet with the kids to discuss their ideas for the project. The mural should be finished in time for National Independence from Blindness Day which is observed on July 3.