When Ponce de Leon landed on our state’s eastern shore, in 1513, he found a “land of flowers.” He named the territory La Florida, for the Spanish word flor. Flowers continue to inspire us with their delicate beauty and promise of growth and hope. (conceptualized in 2013, installed in 2014) 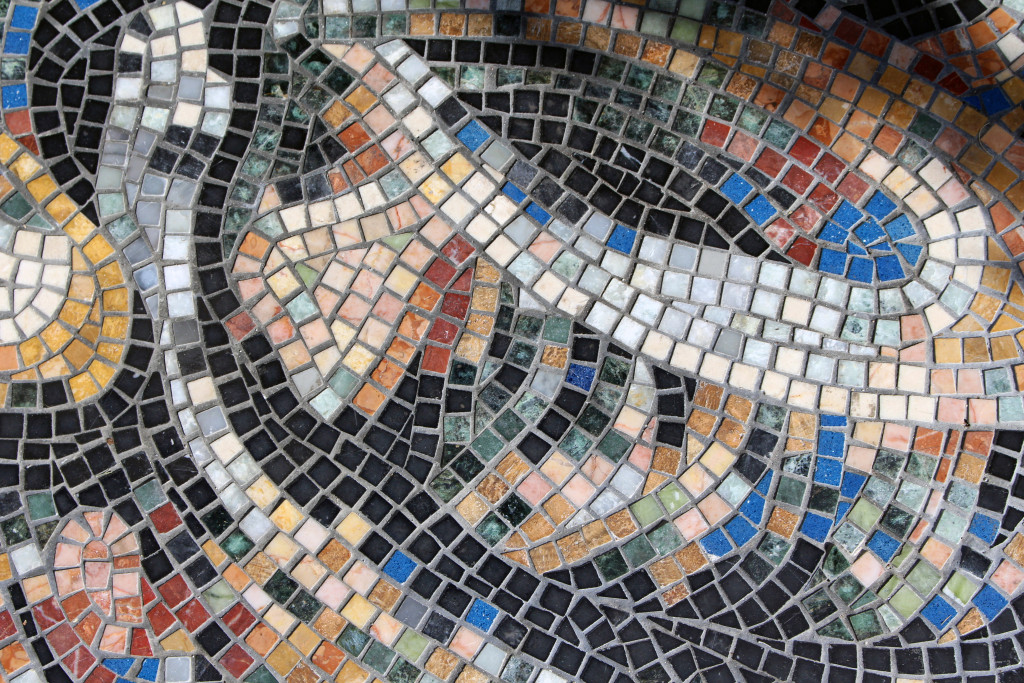 In 1513, when Ponce de Leon exited his galleon and stepped foot on a Florida beach, everything changed.  With that one step Old met New.

Every resident that comes through this front door will also bring change. They bring with them a lifetime of experiences.

This piece welcomes people to the building.  A building named after one of our community’s pioneers.  Since Collins’ arrivals, others have made their homes here.

For our family, the children of two Cuban refugees who met and married in Miami, our first home was across the street. It was then 3701 NW 19th Ave. We arrived in Florida in the summer of 1967; I took my first steps there. I planted my first garden there. And lived there until I was ten.

After that, the 1926 Mediterranean-style home with three mango trees in the back and a coconut tree in the front was purchased and knocked down by the school board to make room for the high school’s expanding foot print. 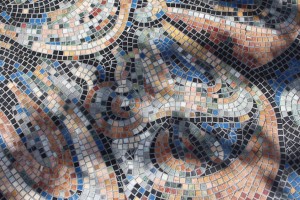 One might view the artwork I created for these public housing sites as simply conveying an outward beauty. However, all of these works are layered in history, connecting pioneers from the past with pioneers of the present. Connecting the residents with a child whose first footsteps were across the street. The artwork asks you to think of your role in history, it invites you to an open conversation about our impact on those around us. My role has been one of object making, but more importantly as a conceptual artist, in creating points of reflection.

I created a piece at the entry point of this building that basically acts as a welcome mat. In many ways this threshold is transformational. In the physical sense, this building transformed my old city block into something completely different. As a child, the last thing I could imagine as I looked out my front porch window is this large apartment building. But, 40 years later, here it is. It is transformational for the community.

Lastly, it’s a transformation for anyone who steps across the stone mosaic. These residents and their families can find comfort in being housed, not in a dilapidated housing unit, but instead in a building that could be a condo on Collins Avenue on Miami Beach. All the residents who have arrived here are taking a step to transform their lives.

The whole community can take pride in seeing this modern building, giving low income residents a path forward.  A beautiful building, laden with art created by an artist who as a child lived across the street and whose low-income household was also shown a path forward.  A path to finding the American Dream.

Every time the tenants step into this building, the mosaic can be a reminder of the first steps they have taken in life. Just as Ponce de Leon’s first step onto our shores changed the course of history, I want the people who step on this flower to realize that they too can begin a sequence of change.

Conceptually, by placing a flower dedicated to the person who discovered our state, named it after flowers, and initiated the events that lead us to today, I hope that this building acts as a first step for the transformation of my old neighborhood.  And in the lives of all who, as I did once, call it home.