BACK TO:  CITY HALLS  |  PAINTINGS 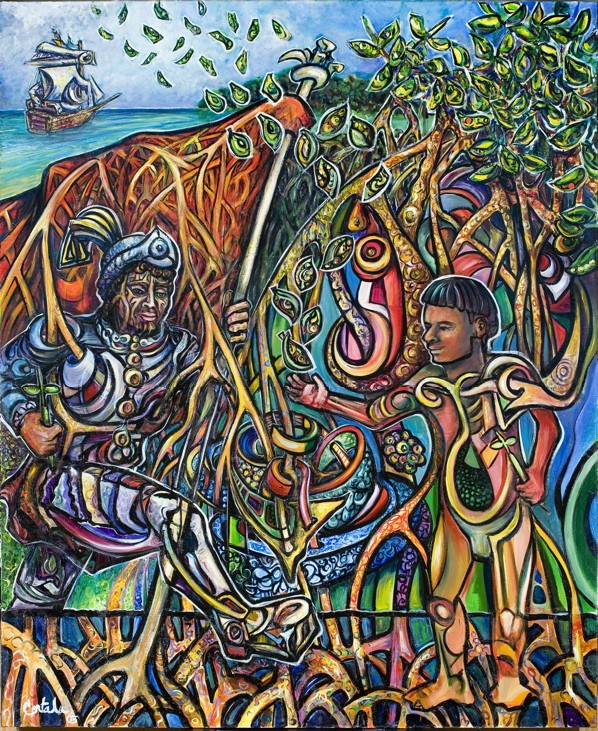 “The First Encounter: 1566” depicts Pedro Menendez de Aviles landing at the edge of a mangrove forest on the north bank of the Miami River.  Upon spotting Menendez unfurl his flag, a young Tequesta releases leaves into the winds of change that have brought a Spanish galleon to his shores.  Between them a whirlwind of activity emerges: exchanges, education, friendship, disease, war, emotions surround the Miami Circle.  In 1566, a year after settling St. Augustine, Adelantado Menendez has arrived to establish the first of three Jesuit missions near the tip of the peninsula he governs for Spain, a spot that will be governed by four other flags and will eventually become Fort Dallas and the City of Miami.